Survey: If Electricity Came Only From Renewable Energy Sources, Then Electric Vehicle Sales Would Surge by 23% 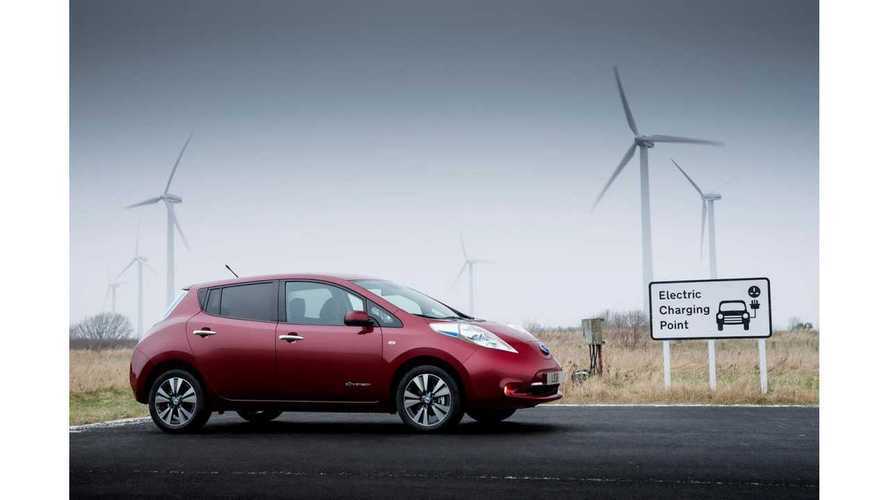 Corn Fields and Wind Farms...A Match Made in Heaven

Nissan LEAF with Wind Turbines in the Background

Though some nations rely almost exclusively on renewable energy sources (for example, wind power, solar or hydroelectric), most of the US is powered by what the scientific journal classifies as fossil fuels.

Simon Fraser University set out to see if the US' lack of dependence on renewable energy impacted sales of plug-in vehicles and discovered that it did.  In its survey of 1,500 Americans, Simon Fraser University found that potential buyers were 23 percent more likely to say they would switch to a plug-in vehicle if it could tap into solar, wind or hydroelectric power.

Jonn Axsen, an assistant professor at SFU who conducted the survey, stated:

"This makes a good argument for a better connection between automakers and utilities in terms of how these two different products are marketed."

The study was partially funded by BMW.  The German automaker previously teamed up with Green Mountain Energy to offer "renewable energy certificates" to ActiveE drivers in the US.  The certificates ensure, in a round about sort of way, that power for the ActiveE comes from renewable sources.

Of course, we fully support renewable energy, but would the US simply switching over to renewable really drive up sales of plug-in vehicles?  Or would it require a massive marketing pitch and re-educating of the public to have the result that this survey claims?