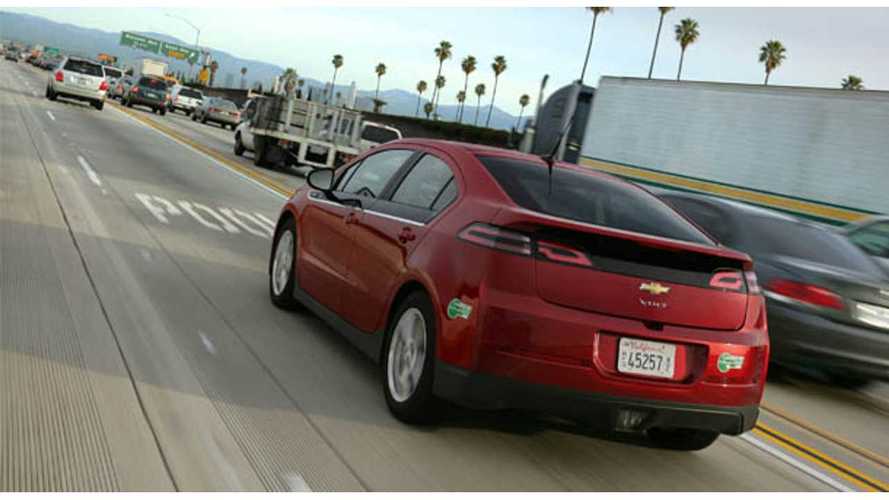 Most Americans (86 percent) rely on automobiles to get them to and from work.  That's known as commuting.  So, with most of America using a personal vehicle predominantly to serve this purpose, wouldn't it be something if we knew which vehicles were best suited for this often boring task?

Motor club giant AAA says that the average commute in the US takes 25 minutes each way and notes that gas prices in the US have averaged approximately $3.50 per gallon since February.  With this data in hand, AAA set out to compile a list of the top commuter vehicles, broken down by category.  Criteria for selecting the top commuter vehicles included fuel efficiency, comfort and overall performance.

A quick scan of the list reveals that only one plug-in vehicle made the cut and it was the Chevy Volt in the compact class.

Chevrolet Volt: This four-passenger, plug-in electric vehicle, sidesteps range anxiety with a gasoline engine on board to run a generator. The newest versions of the Volt allow a driver to force operation of the gasoline engine, ideal for a commute that starts on a highway, where gasoline power is more efficient, and ends in a city, where battery power is more cost effective. The car is exceptionally quiet, handles well and boasts great acceleration but rear seat room is tight if you plan to carpool. TrueCar reports that the Average Paid price of the 2013 Chevrolet Volt five-door hatchback is $38,871, 2.8 percent less than the MSRP*.

We'll mention once more that no other plug-in made AAA's top commuter lists.