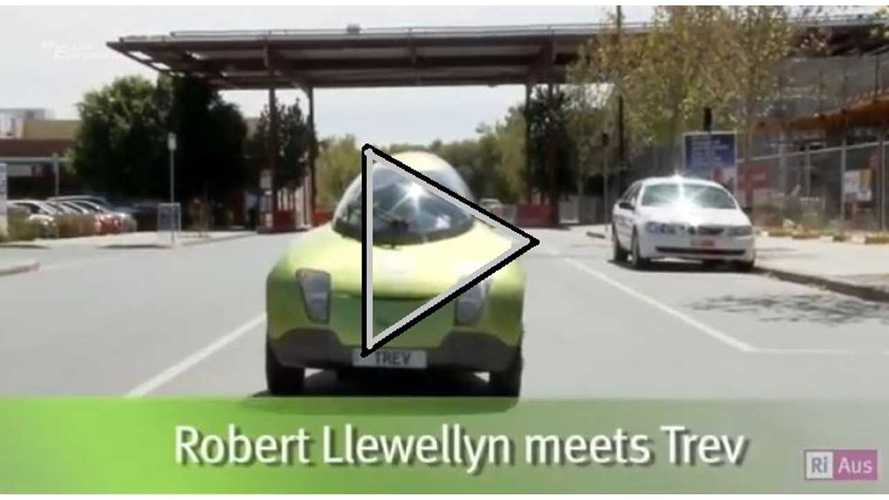 What's Trev?  Trev stands for "Two-Seat Renewable Energy Vehicle" and it was built by students at the University of South Australia in Adelaide.  It's a three-wheel, two-seat electric runabout with a range of 93 miles and top speed of 75 mph. Acceleration is decent, with 0 to 62 mph accomplished in 10 seconds.

Besides seating for two, there is room for two overnight bags in this minimalist electric vehicle.

Trev supposedly has an operating cost of as low as US $0.146 (approx. 15 cents) per mile.   This claim is partially back by Trev's results in the Darwin to Adelaide World Solar Challenge, where Trev completed the 1,877-mile journey with a total electricity cost of $34 (US).  That's $0.018 per mile.

Trev is unique machine and Fully Charged is exceptional at presenting plug-ins in a way that few compete with in the online video scene.  So, check the video out.  We think you'll be impressed.