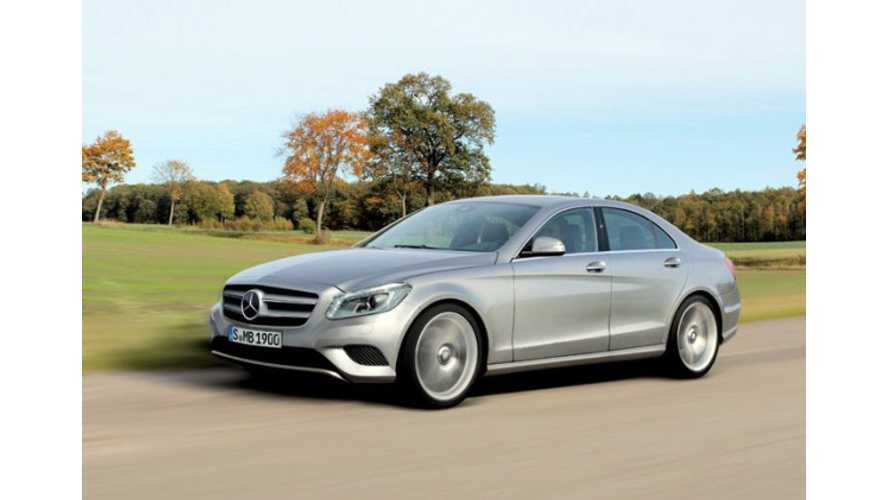 In the past, Mercedes-Benz was widely considered to be the innovators in automotive technology.  That may still be the case, but not in the plug-in vehicle realm.

Mercedes-Benz is lagging behind the plugged-in competition, but this seems short lived as the Germany automaker is ready to burst into action on all fronts.

Just two days ago, Mercedes-Benz announced that its B-Class Electric Drive would arrive in the US in early 2014.  Four days back, a possible upcoming S-Class plug-in hybrid was inadvertently revealed.

To round out this exhaustive lineup of plug-in vehicles, Mercedes-Benz USA president and CEO, Stephen Cannon, says the next-generation (4th gen in US) C-Class will get the plug-in hybrid treatment, too.

The next-gen C-Class will launch in 2014 as a Model Year 2015 vehicle.  It's unclear if the plug-in hybrid version will be available immediately at launch, but it's definitely coming.

"There will be a plug-in hybrid that will have full electric capability on the C-Class platform.  The plug-in hybrid is a way to dramatically drive down emissions, while still allowing it to be a little … less range anxiety.  Over time we’re going to be proliferating … it’s going to start with hybridization."

"Right now, this is our first foray into electric space.  There will be an offering of full electrics – Smart and B-Class as our start – complemented by hybrids, plug-in hybrids, clean diesels and eventually fuel cells.  So that’s kind of the whole package…"

For the C-Class, Cannon's statement, combined with previous news from Mercedes-Benz, means that there won't be a conventional hybrid in the lineup.  The only hybridized C-Class will be of the plug-in variety.

The only additional details we've been able to uncover on the plug-in C-Class is the obvious: it'll be able to operate under electric-only power for some undisclosed amount of miles at unknown speeds.  But now that the cats been let out of the bag, we expect to get more details from Mercedes-Benz soon.

via Car Advice, photo via CarsandJoy.com