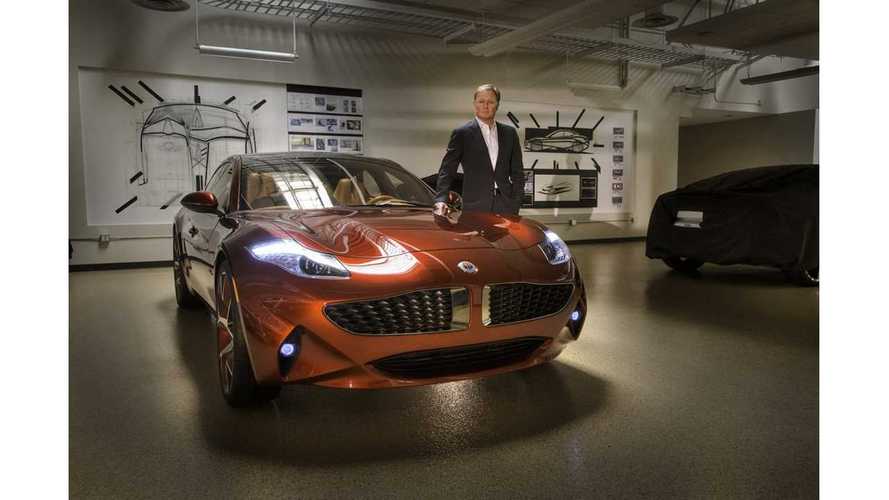 We may be seeing the beginning of the end of Fisker Automotive, as the company that hasn't built a Karma since July, lost their Chairman two weeks ago, lost a takeover bid by Geely Automotive last week, and put all its US workers on furlough this week, has just lost another Chinese suitor in Dongfeng Motors, and is now exploring a possible bankruptcy-protection filing before a big DoE loan payment comes due next month.

Originally, both Geely Automotive and Dongfeng Motors were interested in buying Fisker, however some conditions in the $529 million dollar DoE loan (of which Fisker acquired $193 million of before it was halted), made it impossible to move production to China, which caused Geely to exit the deal.

And despite Fisker CEO, Tony Posawatz, visiting China earlier this week to try and keep the Dongfeng bid alive (even if that meant selling off pieces of the company, or the intellectual property rights to their technology), Dongfeng Motors has come to the same decision as Geely, and has withdrawn any offer to purchase the maker of extended range, luxury vehicles:

“In the end, what mattered to Dongfeng was being able to produce Fisker cars in China,” said a source close to the matter. “It became apparent over time that could not have been done with this deal.”

Now,  Fisker finds itself running out of potential "strategic partners," and the Wall Street Journal has learned that Fisker has hired restructuring lawyers at Kirkland & Ellis LLP "to prepare for the possible bankruptcy filing" although they also note that "no final decisions have been made" as of yet.

Reportedly, Fisker is fast running out of cash, and with a U.S. Department of Energy loan payment due on April 22nd, insiders feel that date will be the end of the road for the company as we know it, provided it can't find a partner by that time.

Since inception, Fisker has raised (and apparently lost) over $1.2 billion dollars to produce premium extended range, plug-in vehicles.  In the end, only a single model (the Karma) has been produced, with about 2,500 sold.

Anup Sathy, a bankruptcy lawyer at Kirkland & Ellis, who previously handled the Chapter 11 filings of General Growth Properties and Innkeepers USA Trust, is advising Fisker on the matter.