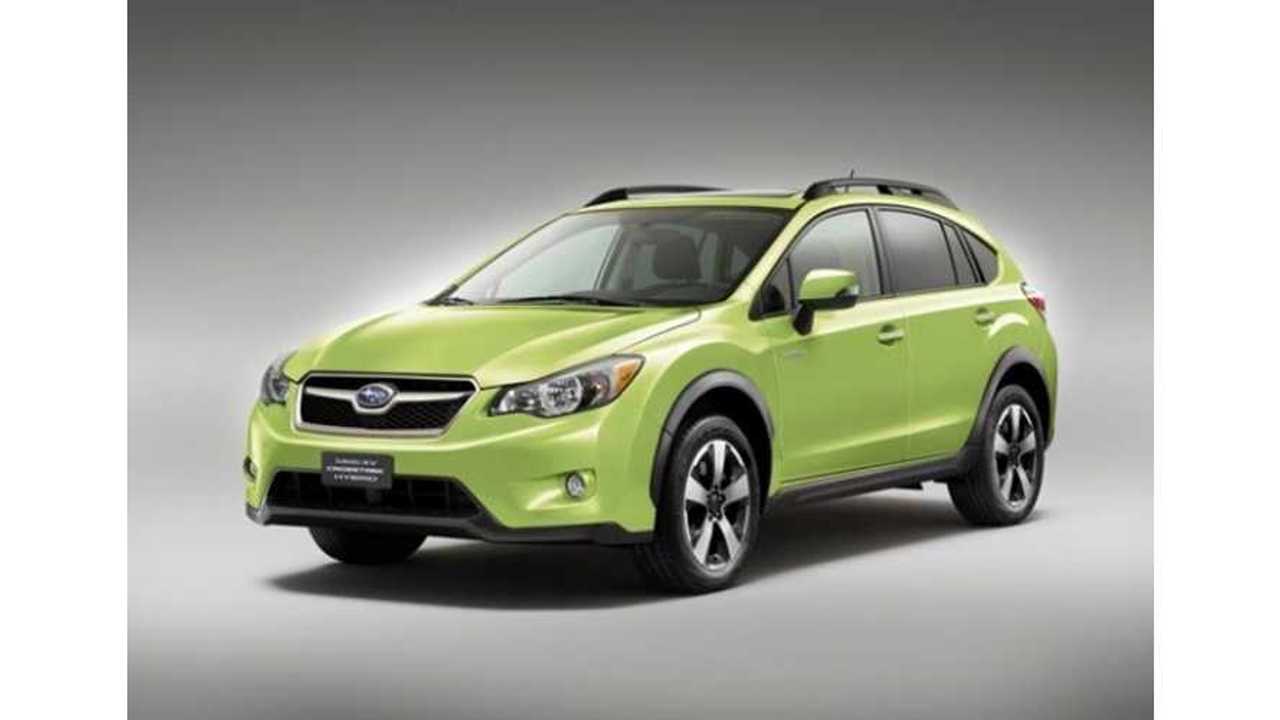 The XV Crosstrek Hybrid is a mild hybrid that returns up to 33 mpg highway, but it lacks a plug, so we here at InsideEVs won't waste our words, or your time, discussing it.

But what we will cover, is Subaru revealing that the XV Crosstrek Hybrid is the automaker's first step towards developing, and eventually manufacturing, either a plug-in hybrid or a pure electric vehicle.

When questioned on this topic of electrification, Tom Doll, president of Subaru of America, admitted that California regulations will push Subaru to sell a plug-in vehicle by 2017.  Doll acknowledged that the XV Crosstrek Hybrid is just the "first step in that process," but wouldn't elaborate on what steps will follow.

For Subaru, we're leaning towards the plug-in hybrid option, similar to the system featured in the Subaru VIZIV Concept unveiled earlier this month at the 2013 Geneva Motor Show.  Unfortunately, Subaru kept details on what powers the VIZIV under wraps, aside from saying it features three electric motors and maintains Subaru's AWD tradition.

Be it a pure electric vehicle or a plug-in hybrid, this is Subaru's first confirmation that a plug-in is coming, perhaps by 2017.