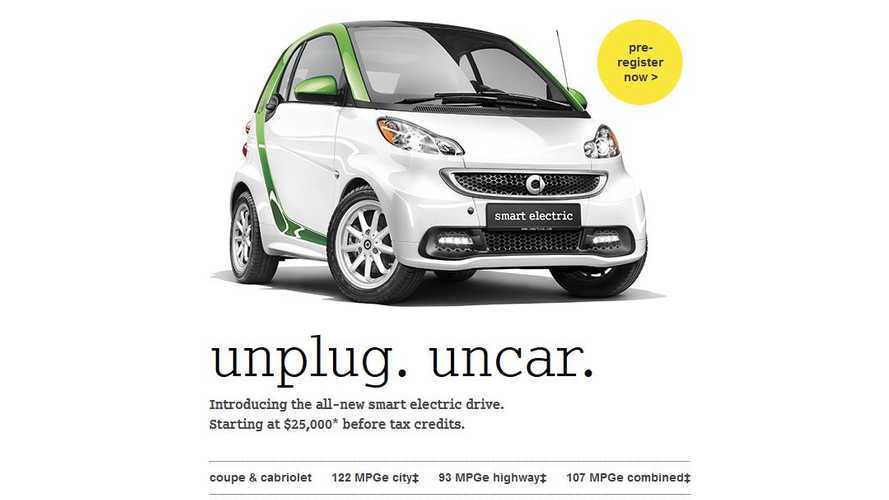 Alongside the Mercedes-Benz B-Class Electric Drive at the 2013 New York Auto Show was the next-generation 2013 Smart Fortwo Electric Drive.

Concurrent with M-B's announcement that the B-Class Electric Drive would launch in the US in early 2014, the automaker released this Fortwo-related statement:

"The newest generation of the smart fortwo electric drive is now bringing local zero-emissions mobility to the US. With a starting price of 25,000 US dollars (prior to incentives), the urban two-seater is the most cost-effective series-production electric car on the market."

We search far and wide, but couldn't find a 2013 Fortwo Electric Drive "now" available in the US, but its arrival is imminent (sometime in April).

Though most of the estimated or automaker-provided specs on the 2013 Fortwo Electric Drive have been known for some time, these official EPA ratings recently trickled out:

Pricing for the Coupe version starts at the aforementioned $25,000 prior to incentives.  The convertible Cabriolet checks in at a before-incentive price of $28,000.  Some US buyers will get up to $10,000 off either version due to federal and state-level incentives.

Look for us to post more on the 2013 Smart Fortwo Electric Drive when it launches in the US in the next few weeks.