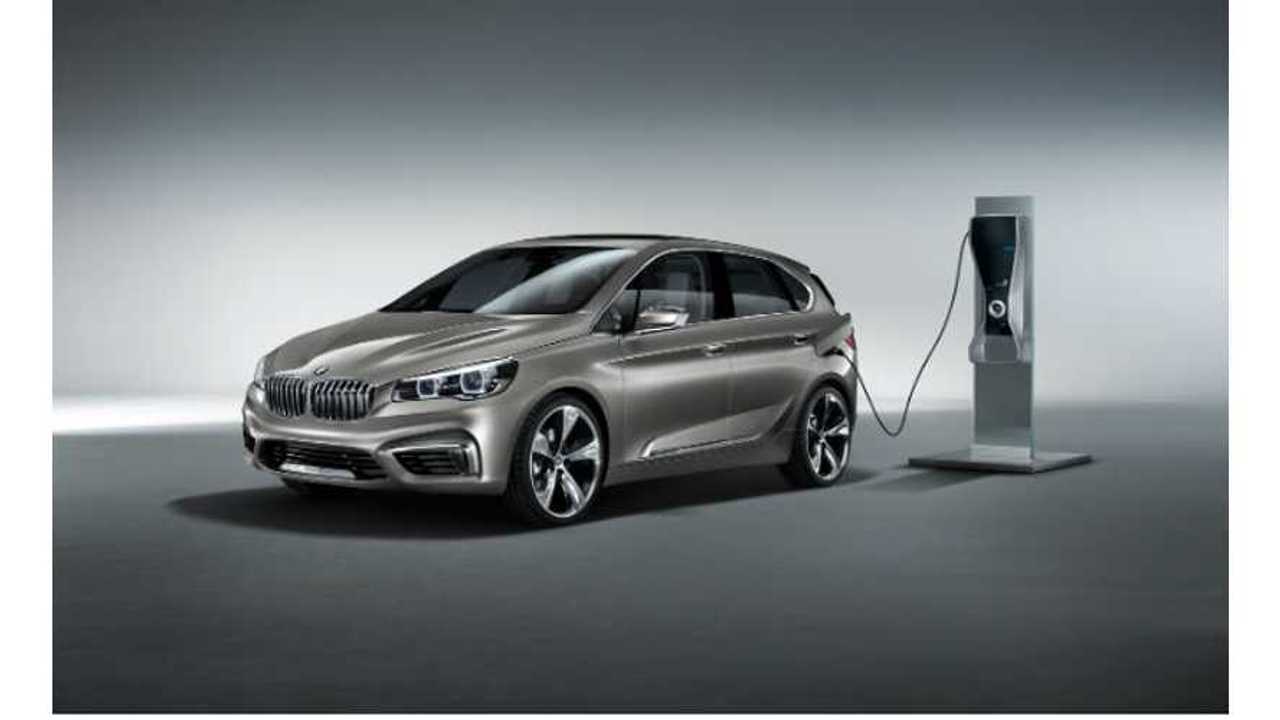 The BMW Concept Active Tourer plug-in hybrid was always scheduled to take to the stage at the 2013 New York Auto Show, but unexpectedly BMW seems to have quietly confirmed that the 3-Series-based plug-in crossover is indeed production bound.

Given how close the Active Tourer resembles today's lineup of BMWs, this production confirmation should not come as a shock.

BMW says—sorry, a BMW "insider" says—the Active Tourer foreshadows a vehicle that will enter production imminently, according to Autocar.

We don't expect much to change between the exterior appearance of the Active Tourer and the upcoming unnamed BMW plug-in hybrid crossover.  And, in terms of hardware, we doubt that any noticeable alterations will be made as the vehicle moves from concept to reality.

The five-door hatchback concept, on display right now at the New York Auto Show, is a through-the-road, four-wheel-drive plug-in hybrid.  A 1.5-liter, three-cylinder engine powers the front wheels and spinning the rear wheels is an electric motor.  The gas engine used here will appear later in the BMW i8 plug-in hybrid.   Total power for the Concept Active Tourer is listed at 188 hp with 0-62 mph coming in "less than 8 seconds" and a top speed listed at 120 mph.  An eight-speed automatic transmission is part of the package.

In terms of fuel efficiency, BMW claims the concept returns a combined economy (NEDC) of "more than 113mpg."  It's electric-only range is listed at up to 18 miles.