Audi Expands Real-World Testing of A1 e-tron; Is it Production Bound Too? 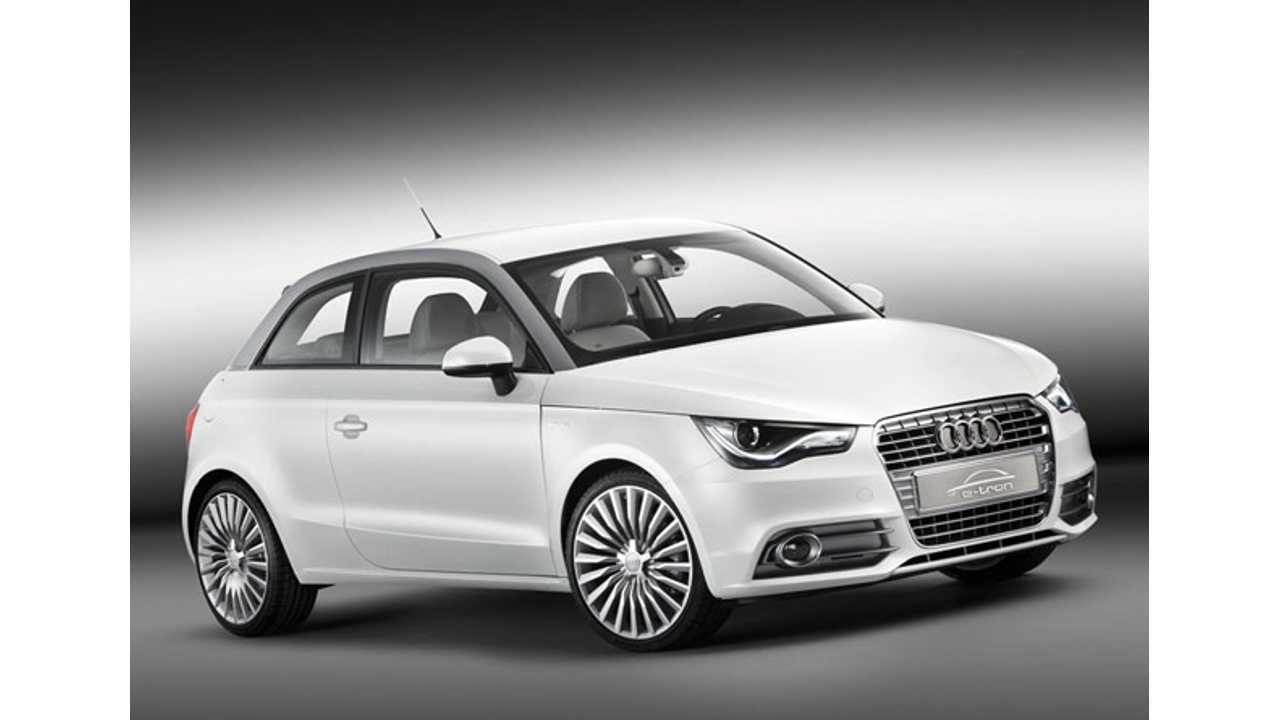 On Wednesday, at the opening of the 2013 New York Auto Show, Audi announced that its A3 e-tron Sportback plug-in hybrid will be US bound in 2014.  Nearly concurrent with that announcement, Audi revealed that one of its other plug-in hybrids, the A1 e-tron, was ready to participate in more real-world trials.

Were the back-to-back announcements just a coincidence?  Or is Audi hinting that the A1 e-tron will enter production and perhaps head to the US, too?

Currently, the A1 e-tron is considered a prototype, but the jump from prototype to production would seem to be just a few phone calls and heated conversations away.  There's nothing prototypical in the A1 e-tron, as the A1 is a production vehicle, though not in plug-in form, and its powertrain is nothing too out of the ordinary for Audi.

The A1 e-tron was introduced to the world at the 2010 Geneva Motor Show.  It features an an electric motor with a peak output of 101 hp, a 12-kWh lithium-ion battery pack and a 254-cc Wankel engine for range-extending duties.

Electric-only range is listed at up to 31 miles (NEDC).  The Wankel generator is claimed to provide up to 124 miles (NEDC) of additional range.

Field testing of the A1 e-tron began in Munich back in 2010 and will expand this year with Audi testing the vehicle in the German regions of Bavaria/Saxony, Berlin-Brandenburg and Baden-Württemberg,

For the record, Audi says the A1 e-tron has never been scheduled for production, but if that's the case, then why expand upon its already lengthy round of field testing?

As we see it, the A1 e-tron—perhaps with the unusual Wankel engine substituted out in favor of a more traditional range extender—is just as ready for the public as the A3 e-tron, so don't be surprised if this pint-sized plug-in Audi gets the green light soon, too.  But we don't expect it to ever be available upon these shores.