Audi Confirms US Availability of 2015 A3 e-tron Sportback 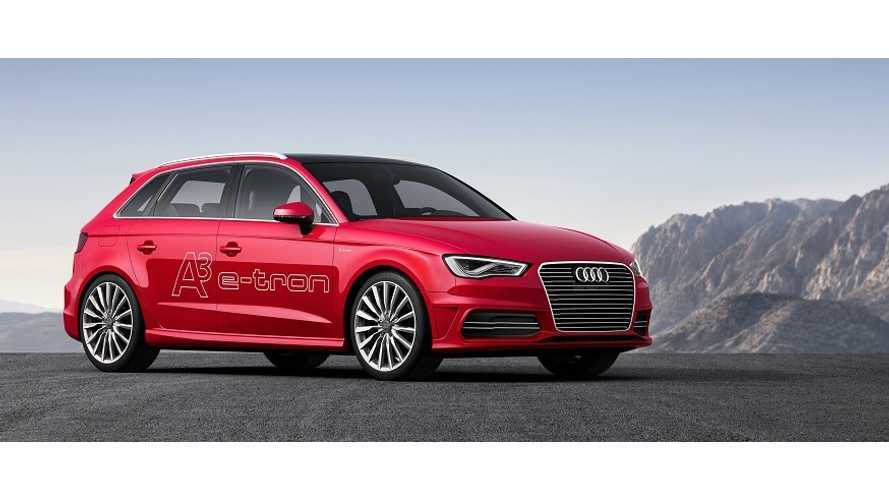 It's no surprise really, but confirmation from an automaker still confirms what we'd guessed would be the case a couple months back.

German automaker Audi confirmed that the US will indeed get its plug-in hybrid 2015 A3 e-tron Sportback.

It's likely the plug-in Audi A3 will come to the states sometime in late 2014, but be sold as a Model Year 2015 vehicle.  There's no word on pricing at this time, nor is there a set-in-stone release date.

Here's a quick summary of the specs of the Audi A3 e-tron:

The plug-in hybrid system in the A3 e-tron combines a 150-horsepower 1.4-liter TFSI four-cylinder engine with an electric motor that spins out 101 hp.   As mentioned above, the A3 e-tron has a projected electric-only range of up to 31 miles, but we expect that number to drop significantly under EPA testing methodology.

Again, it's no surprise the Audi A3 e-tron is coming to the US, as that's been rumored for sometime now, but to have the automaker confirm our beliefs is reassuring that we're not totally off track.