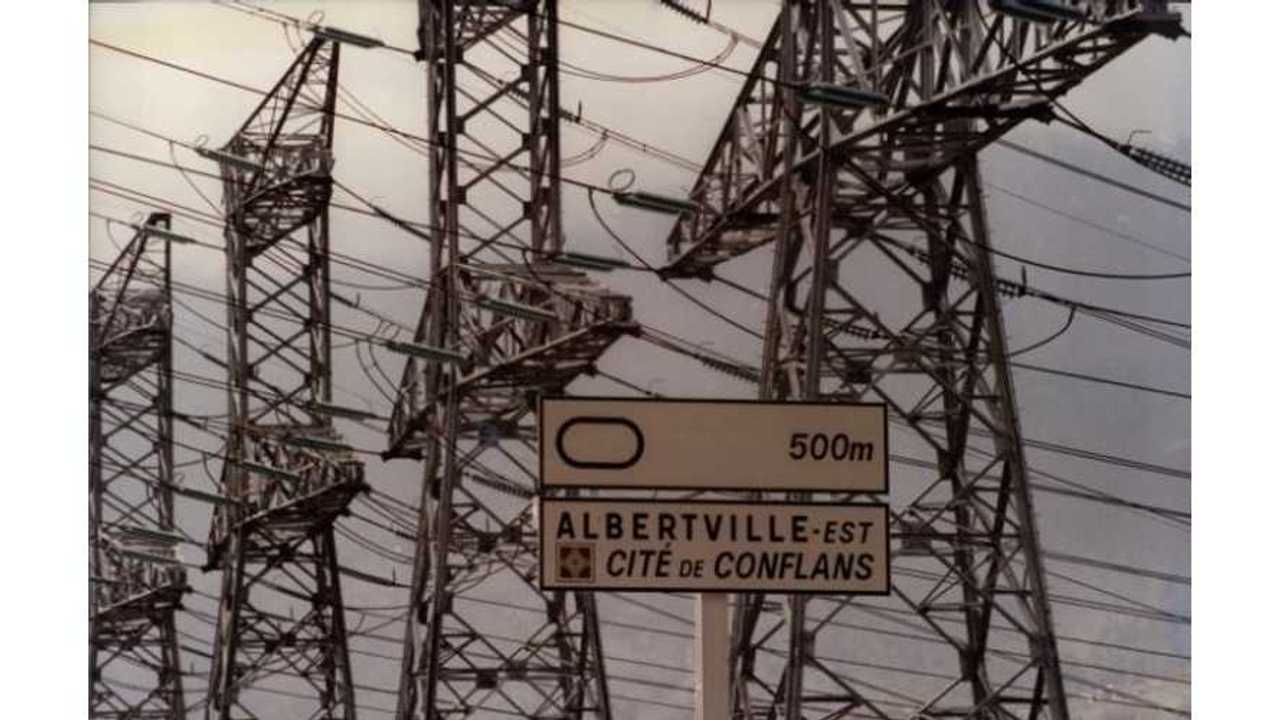 Grid is at Risk in France, Says Energy Chief

The grid will fail.  It will be an epic failure.  The world will come to an end.   Can you say "scare tactic?"

Let's Blame the Stressed Grid on the Success of the Renault Twizy or Zoe, Says Some Fools Out There

Olivier Grabette, head of research and development at French electricity transmission operator RTE, warns that a future packed with plug-in vehicles could fracture the nation's grid.

Réseau de Transport d'Électricité, usually known as RTE, is the electricity transmission system operator of France. It is responsible for the operation, maintenance and development of the French high-voltage transmission system, which at approximately 62,000 miles, is Europe's largest.

Grabette claims that France's under pressure power grid would likely fail if all future plug-in vehicle owners simultaneously plug in at dinner time, an event that to us seems unlikely to occur as "dinner time" varies widely for us all.

Anyways, as Grabette says, the long-awaited Renault Zoe is cheap enough that it could gain mass appeal and worries that if similar vehicles continue to flood the market, the grid won't be able to cope.  Furthermore, France's generous plug-in vehicle subsidies could spike demand for electric vehicles to levels that would take down the nation's sensitive power supply.

Oddly, Grabette's own statements contradict and make no sense:

"If it's badly managed, it could prompt power surges, which would cost a lot in peak production, CO2 emissions and would also necessitate the construction of relatively costly infrastructure."

"Under the 'ambitious' scenario of a fleet of two million electric vehicles by 2020, total French annual electricity consumption would rise by 1 to 3 percent."

"It's not huge in terms of energy.  But if all these vehicles charge at peak times, even with slow car chargers, it could add between 3 and 6 gigawatts of peak demand, which would be felt if it comes at the wrong moment."

But France is Europe's biggest electricity exporter and boast 19 nuclear power plants, which ensure a steady supply of electricity, but Grabette claims that the nation's electrical infrastructure is not set up in a way to cope with spikes in demand.

Blame it on Zoe

According to several sources, France's peak demand occurs during the winter and in 2007 was 88,960 MW.  The nation's annual electrical capacity in 2007 was 108,319 MW, almost 60% of it nuclear.  So, there's roughly 20,000 MW in excess capacity even during peak demand times.  This could be utilized or stored in such a way as to easily handle Grabette's claimed bump of between "3 and 6 gigawatts of peak demand."

Or, if that's not possible, France could stop selling energy to other countries and instead use it to charge electric vehicles, right?  We do wonder why Grabette is so concerned over the potential success of electric vehicles.  Is there a hidden agenda here?

Postscript: We feel a well managed grid can handle the upcoming EV revolution for decades.  If further interested, please check out an earlier article on "Understanding EVs and the-evolution of the smart grid"