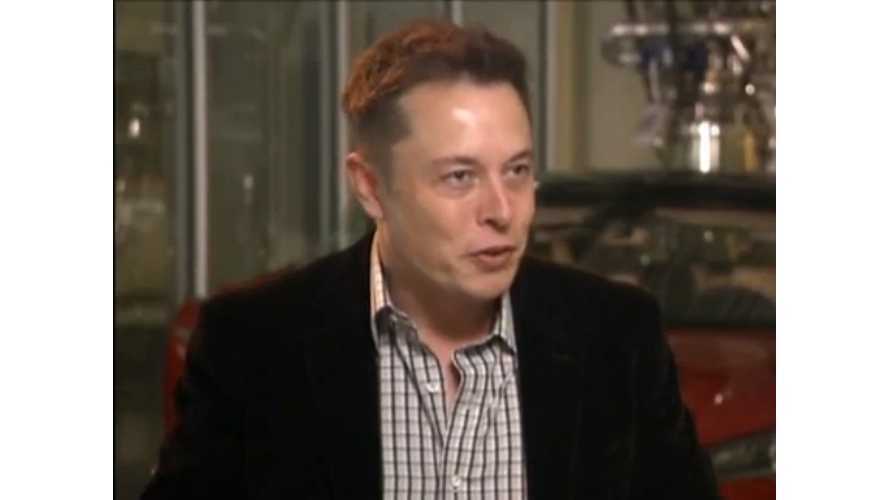 One thing is for sure when it comes to Tesla CEO Elon Musk; if you give him a platform, he is going to use it...even if his handlers have no idea what is going on.

Mr. Musk said today that Thursday, March 28th will bring some exciting news for Tesla Motors, as the CEO tweeted the following on Monday afternoon:

...the reaction of investors was made known almost immediately as the stock spike moments later.

Unfortunately, whatever the announcement turns out to be, it would have fallen inside the current fiscal quarter, and that is making the people behind the scenes nervous (regulations, disclosures and all that)

So, Musk re-took to the Twitterverse to do a little timeline back-pedalling,  moving the "exciting announcement" to Tuesday, April 2nd, 2013.  We are guessing April 1st was probably skipped for obvious reasons.

What I Meant To Say Was...Tuesday, April 2nd Will Be The Big Announcement

On the other side of the coin, for those of us looking to someday buy a "Tesla electric vehicle for the common man," the news was not so good, as Tesla's entry level/3rd gen car (code-named then Bluestar), that was originally scheduled to go into production in 2015 for around $30,000, as been delayed quite significantly.To those who have been following Tesla closely, news of the delay was really no surprise, as the finances at the company have pushed back even the production of the Model S-based Model X SUV to "late 2014," meaning we likely won't be able to purchase even one of those until 2015.  (that story here)

A "Dream" Delayed. Elon Musk Answers Some 3rd Gen Questions On Twitter Over The Weekend

This written confirmation by the CEO naturally only spawned more questions about cost, features and range, which Mr. Musk entertained:

The 200 mile range sounds pretty good to us, as well as some stealth features that are yet unknown, but it looks like the pricing may have slipped a bit.  Assuming a short-term historical inflation rate of 2.5%-3.0%, that leaves us with a price point around $34,000 for the next Tesla creation in 2017.

Also of interest, Mr. Musk sees the BlueStar as a BMW 3 Series fighter

The Tesla CEO Describes The New Tesla Offering In 2017 As A Competitor To The Gold Standard Of Entry Level Luxury, The BMW 3 Series

As always, we will update any news on the "exciting announcement" the moment it becomes available.

Also of note, the winner of the World Green Car of the Year for 2013 will be announced on Thursday, March 28th, 2013 at the New York Auto Show...of which the Tesla Model S is one of three finalists, so it looks to be a big upcoming week for the company.