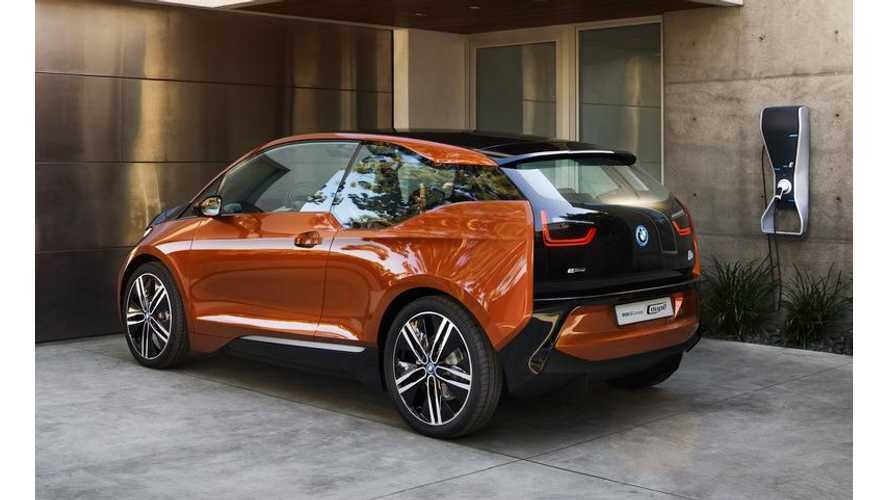 BMW i3 Gets Its First Journalist Test Drives In Sweden...Doubt the Range Extender was in Use

Hmm...Hope the Range Extender Doesn't Need to Kick In

There's been quite a bit of chatter related to the optional range-extending engine in the upcoming BMW i3.

For example, who builds it?  The answer to that seems to be BMW motorcycle engine supplier KYMCO, a Taiwan-based company that currently has a supply deal with BMW for G450X Enduro motorcycle engines.

But more of the chatter has been related to the usefulness of the optional range-extending engine.  Does it operate in a similar way as the unit in the Chevy Volt?  No, it's simply not powerful enough to.  Instead, BMW sees the optional range extender as emergency-use unit in those rare occasions when drivers deplete the i3's battery pack within miles of the nearest charging station.

"The i3 range extender is meant to enable the car to go a little further than the pure BEV on those rare occasions when driver needs to go a little further. It is not intended for daily use. We've said that the REx will double the effective range of 80-100 miles. I have not seen anything to suggest that it would not be capable of doing so."

Range for the BMW i3 is expected to be 75-100 miles, according to European tests.  The range extender should bump total range to approximately 200 miles, but again it's not be assumed that you'll enjoy BMW-level performance when the battery is depleted and the range extender is forced to kick in.   Furthermore, don't expect to routinely drive the i3 200 miles in between charges.  It's not designed to operate in that way.