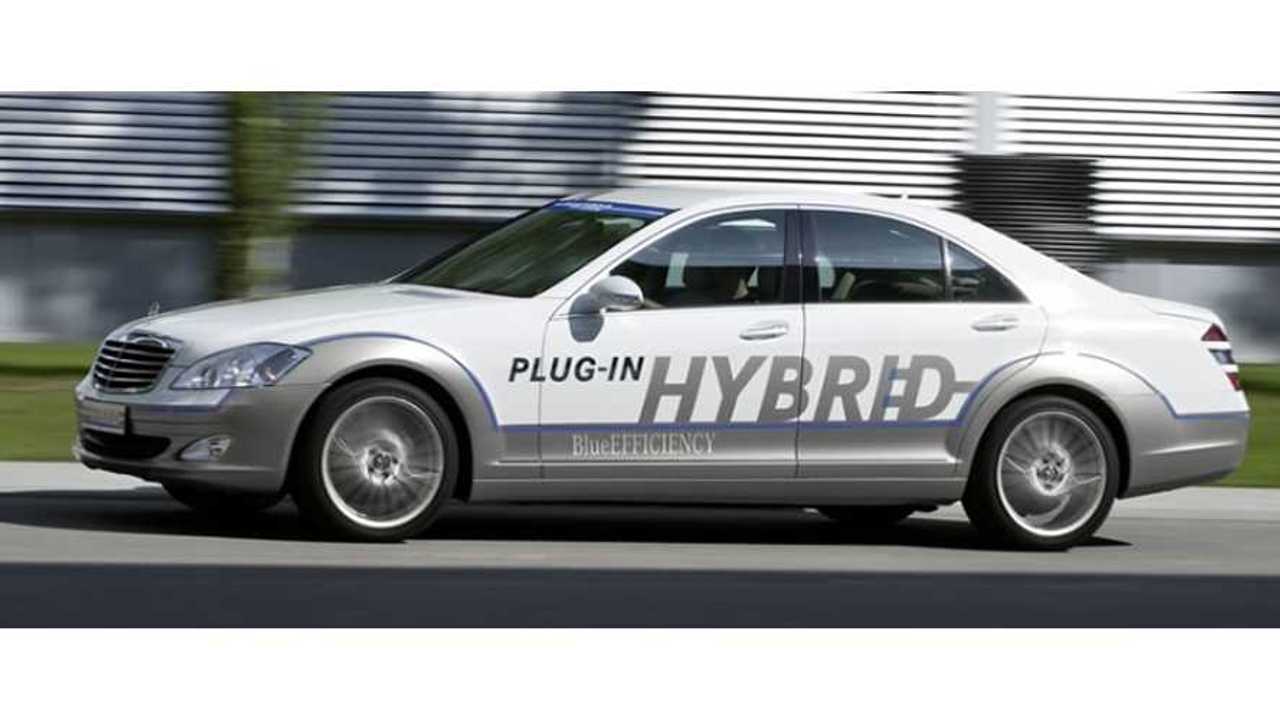 It's not often that an automaker unwillingly and inadvertently reveals an upcoming vehicle to the media, but that's precisely the case here.

2014 Mercedes-Benz S-Class Behind Blow-Up Benz...Why the Blow-Up Benz? To Deceive Spy Photographers.  It Didn't Work, so MB Released This Photo of Its Own

A few days ago, Mercedes-Benz hosted members of the media in Germany.  The automaker was showing the media how the completely redesigned 2014 S-Class' user interface system functioned.  In a PowerPoint mix up, Mercedes revealed a slide of the upcoming S-Class Plug-In Hybrid.

This plug-in vehicle had never been confirmed for production by Mercedes-Benz officials, nor had any images of it leaked out in the past.  That all change at the media presentation when, as Car Advice says:

"Screenshots of the limo’s TFT instrument display revealed versions showing ‘E drive’ accompanied by a battery usage gauge and graphic drivetrain schematic featuring an electric motor sitting behind a conventional engine and a battery pack positioned in the boot."

Of course, Mercedes-Benz tried to quickly clean up its error by saying powertrain choices for the entire 2014 S-Class lineup won't be revealed until May.  Mercedes-Benz offered no further comment on the matter.

But a plug-in hybrid S-Class has been revealed before, just not in production trim or in the 2014 Model Year body style.

The Vision S500 is not the vehicle that was inadvertently revealed by M-B during the media presentation.   It was a 2014 production-ready plug-in hybrid S-Class, so specs most likely changed significantly, but reports suggest that the 2014 plug-in S-Class will be capable of operated in electric-only mode for 20-ish miles and that its fuel economy rating will beat a Toyota Prius.

Look for us to present more info on the S-Class Plug-In Hybrid in May as Mercedes-Benz lets the details fly.