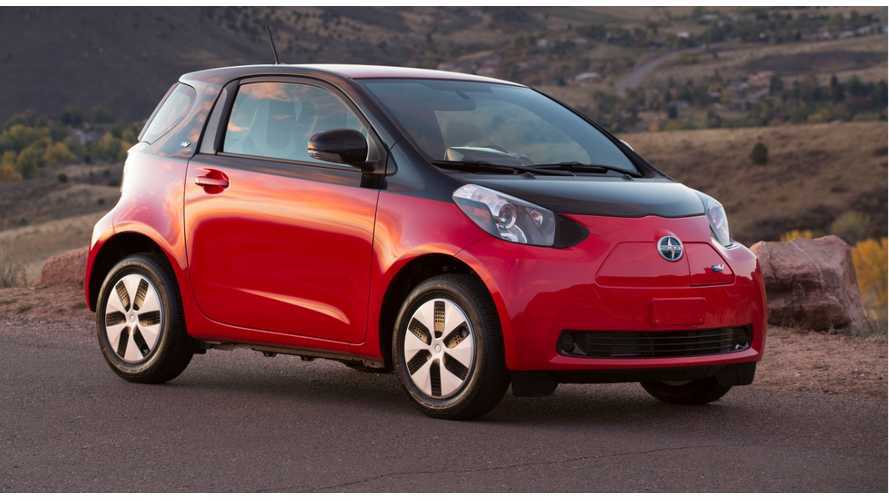 It's only ever going to be a fleet vehicle, says the execs at Scion.

Fittingly, we now have some fleet-related news to report on Scion's only electric vehicle.

The electric Scions will mainly be used by local commuters in "last mile" situations, which will mostly include trips from the train station to the University's various buildings across its vast campus.

The vehicles will be provided exclusively to members of the ZEV-NET program.  All 30 electric iQs will call the Irvine Transportation Center home, but will typically be rented out to university staff during daytime hours.

These 30 Scion iQ electric vehicles are the first to hit the streets.  Only 100 will be produced, with 90 expected to fall into US fleets.

Honestly, we're not losing sleep over the fact that the Scion iQ EV is a fleet-only offering.  Its 12-kWh battery pack would be challenged to provide 50 miles of range in real-world driving and its incredibly small size limits its functionality and restricts its role to basically a two-passenger or less vehicle.  As a "last mile" vehicle, the electric iQ makes sense, but out in the real-world, the iQ falls short.