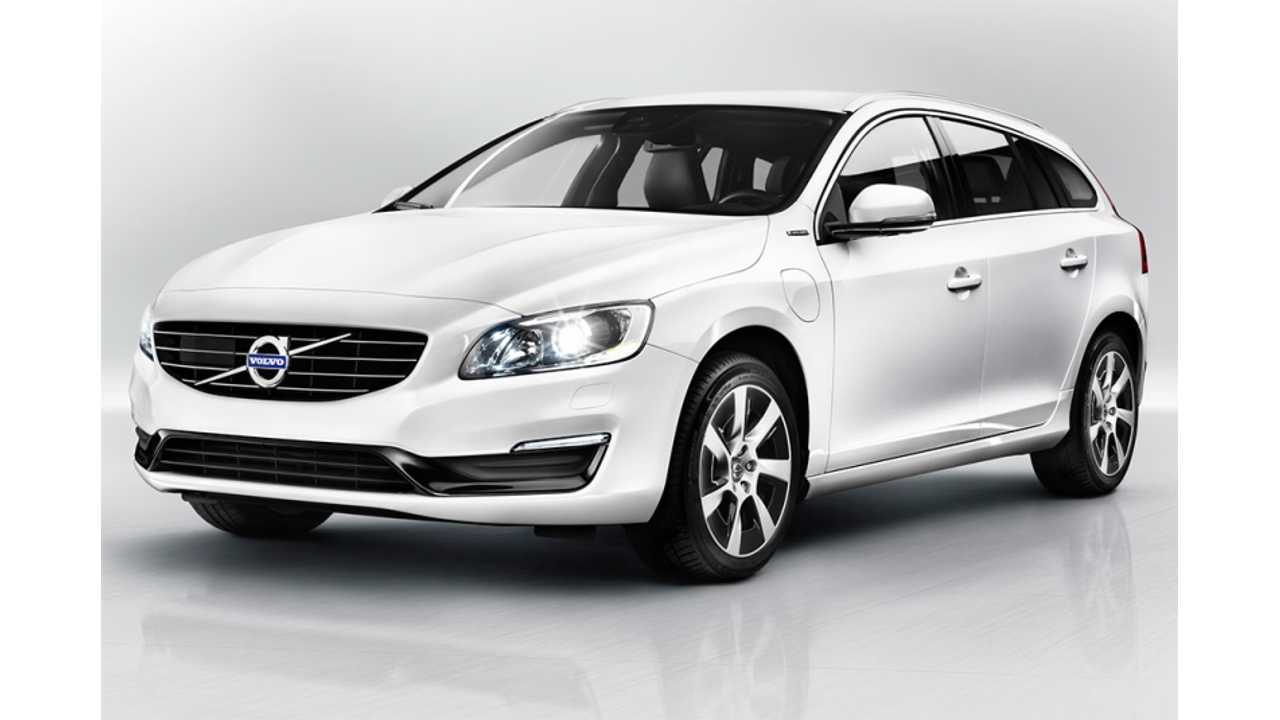 Last week, we reported on the possibility of the 2014 Volvo V60 Plug-In Hybrid heading to the US.  This week, we can confirm that Volvo's diesel plug-in wagon is indeed coming here later this month.

No, the execs at Volvo haven't committed to selling the V60 plug-in here in the US, but the updated 2014 diesel plug-in wagon will make its US debut at the 2013 New York Auto Show on March 27 or 28.

Why show off the V60 plug-in here in the US?  Well, we believe Volvo is trying to gauge American interest in wagons and in its first-ever plug-in vehicle.

It's rumored that Volvo is strongly considering a return to the wagon segment in the US after a hiatus of a few years and it's believed that the V60 is the most likely candidate.

Considering that Volvo doesn't have a plug-in vehicle offering in the US, the V60 diesel plug-in could easily be used to fill that gap, but it seems unlikely that a diesel from Volvo would be US bound.  What's more likely is that Volvo would switch out the diesel engine in favor of a gas burner before the V60 plug-in makes its way stateside.

Then there's this last bit of info, which is the primary reason for the V60 Plug-In Hybrid's US appearance: the V60 plug-in is one of three candidates for the 2013 World Green Car of the Year award.  The winner will be announced at the New York Auto Show on March 28.