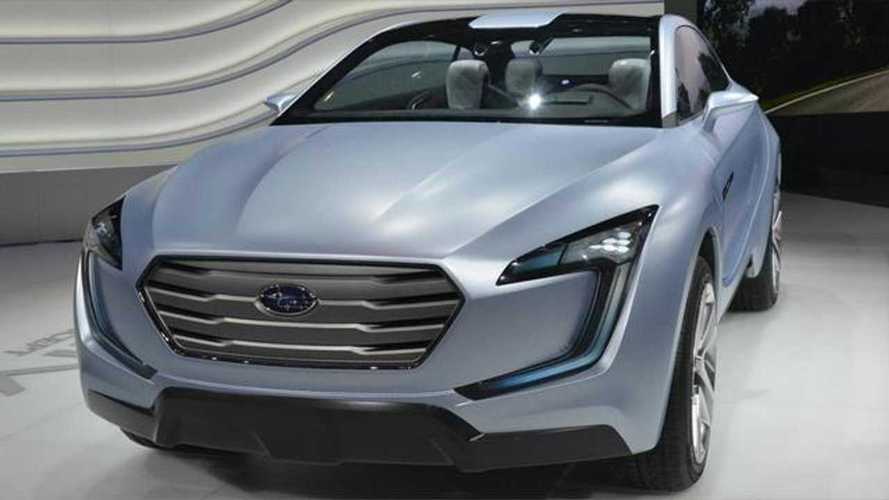 First revealed at the 2013 Geneva Motor Show, the Subaru Viziv Plug-In Hybrid Concept wowed the crowd with its futuristic looks and, though only a concept, chances are we'll be seeing more of the Viziv in the near future, but not in the way you might first think.

According to Subaru's global design chief, Osamu Namba, elements of the Viziv will quickly spread across Subaru's entire lineup of vehicles.

"Subaru's current front end, dominated by a hexagonal grille and wraparound headlights, is too tame.  Going forward, models will take their styling cues from the Viziv.  Up until now, it wasn't enough. From here out, we want people to look at the headlamps and think 'Ah, Subaru.  We've just started the change."

The traditional hexagonal grill found on today's Subaru vehicles will still remain, but a sharper overall profile will emerge on all future Subaru models.

Subaru's new front-end look is set to emerge at this month's New York Auto Show on a performance vehicle that the world has yet to catch a glimpse of.

We'll close this one out with this question: When's the last time a plug-in vehicle influenced the design of an automaker's entire lineup of vehicles?