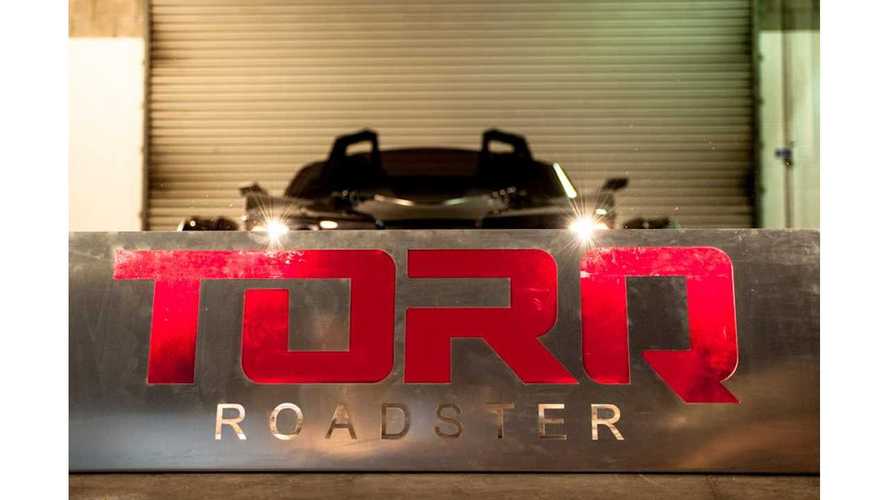 By The People Who Almost Brought You The Aptera 2e Comes The TORQ Roadster.

When you hear the words "three-wheeled electric vehicle", your mind naturally jumps to the fiasco that was Aptera.

Now Epic EV, (which incidentally has the same founder as Aptera, Chris Anthony), is launching a new product to try and change your perception of what a three-wheeled EV should be.  And they are doing it right now according to the company's website:

"ITS OFFICIAL!!! The TORQ will officially launch on April 6th! Test rides are available on a first request basis and someone will leave this event driving their very own TORQ with many more hitting the streets soon after. We can't wait to see some of you there!"

So what is a TORQ Roadster?

"Safety" Is Not The First Word That Comes To Mind..."Fun" Maybe

Its the world's fastest, street legal,  3 wheeled electric vehicle.  The TORQ Roadster does 0 to 60mph in 4 seconds,  and thanks to its 3 wheel set-up can achieve 1.3 Gs of lateral acceleration.

The electric motor has over 400 hp and more than 600ft/lbs.  The EV also features Wilwood 4-piston race-proven brakes and a Formula 1 style custom cam suspension and chassis, which was designed by Palatov Motorsports, as well as a lightweight chassis.  Lithium batteries are courtesy by Flux Power Inc.

According to Epic EV founder Chris Anthony, "While seeking record breaking MPGe with the 3 Wheeled Aptera Electric Vehicle I often found myself longing for a more aggressive styled and track worthy adaptation. The TORQ will create a class of its own with its perfect balance of power, handling and aggressive styling. The TORQ Roadster confirms that you don't have to compromise performance to embrace efficient vehicle technologies."

After the first set of keys is given out April 6th, Epic EV plans on delivering a further 50 of the extreme three-wheeler before year's end.   The company says they already have a waiting list in place for the vehicle, and plan to increase production in 2014 "substantially."

We were curious about some other numbers, like the electric range of the car, charging specs, on board battery capacity (kWH), etc., however an attempt at accessing their "specifications sheet" PDF lead to a very un-confidence building.Other attempts to uncover those numbers also came up short.

Pricing on the TORQ Roadster starts at $65,000 in the US, and €50,000 in Europe.  You can check out more details on the car/cycle and the launch event at their website.