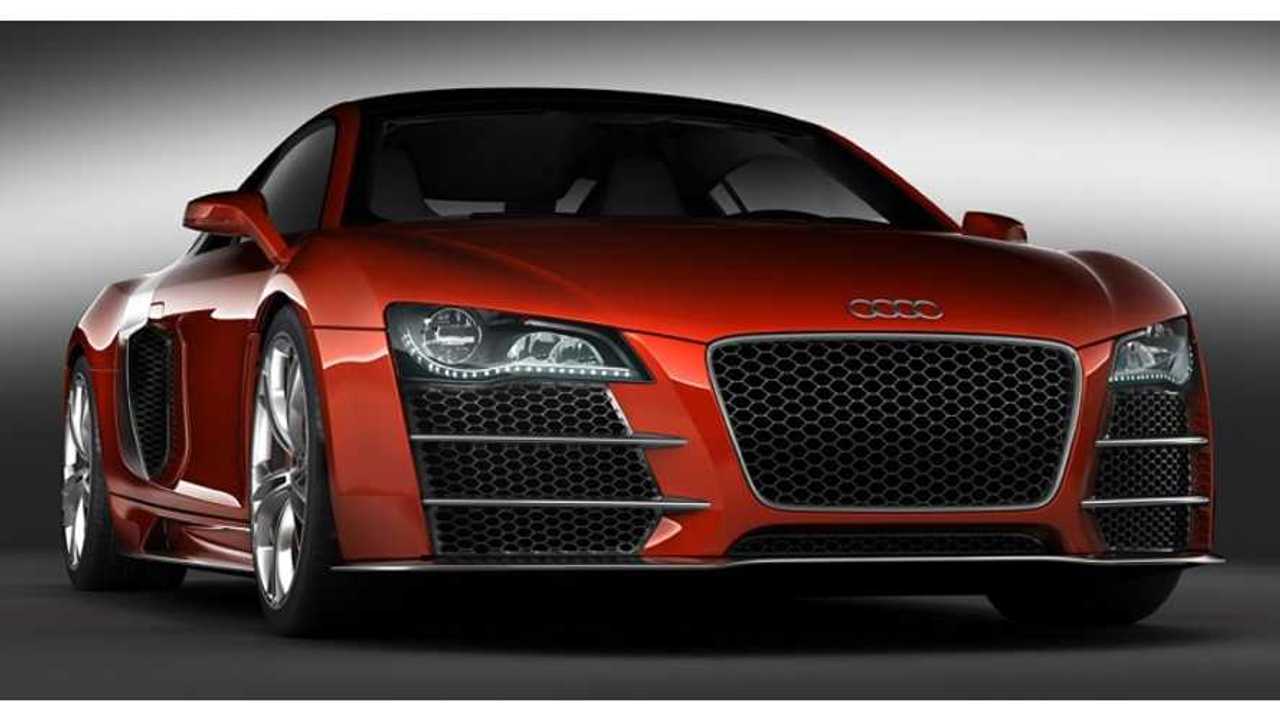 Reports swirling around the Interweb all but confirm that the radical, LeMans-inspired Audi R10 plug-in diesel hybrid is coming.

Word is that Audi will enter hypercar segment with a 600-plus horsepower, all-wheel-drive R10 flagship model inspired by its LeMans R18.

The radical Audi R10 will employ a diesel-electric drivetrain, a dual-clutch automatic gearbox and quattro all-wheel-drive.

It's believed that the Audi R10 plug-in hybrid will show up in concept form at the 2013 Frankfurt Motor Show in September.

Wolfgang Dürheimer, Audi's head of research and development, says the R10 is in the "product evaluation" stage, but hinted that production is a possibility and suggested that Audi will likely have a firm answer by the time the R10 concept debuts in Frankfurt.

Yes, the LeMans-inspired R10 is a beast of a machine.  It's believed that the production version would feature a turbocharged 3.0-liter V6 diesel engine, which will send power to the rear wheels through a seven-speed dual-clutch automatic gearbox.  The electric motors, which will be tasked with powering the front wheels, will be mounted within the front axle assembly.  Total power is estimated at 600 hp and 737 pound-feet of torque.

At this time, the R10 only exists as a "product evaluation" vehicle, but all signs seem to indicate that it's just a few steps away from making the transition to a production hypercar.