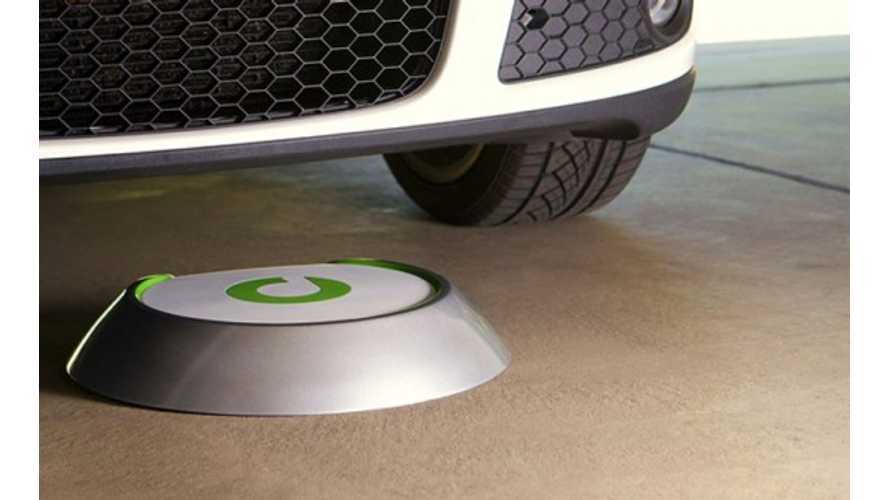 Under DOE Project, "Wireless Power Transfer (WPT) and Charging of Plug-In Electric Vehicles," Evatran was awarded a three-year contract, which will culminate with the install of wireless charging technology in six production vehicles.

The three-year project, which actually kicked off back in October 2012, focuses solely on the incorporation of wireless charging technology into today's plug-in vehicles.

The project is currently in its first year, which is more a less a research and development stage for Evatran, developer of the Plugless Power electric vehicle inductive recharging system shown above and to the right.

In year two, Evatran will integrate 6.6 kW and 10 kW systems into six production electric vehicles.  Then, in its third and final year, the wireless charging project will put those vehicles on the road for limited field trials. The field trials will focus only on stationary charging systems, but Evatran will show that on-the-move charging is possible, too.

Evatran is currently working with several undisclosed and some known automotive manufacturers to integrate its Plugless Power technology into mass-market production electric vehicles by 2015.