Henrik Fisker Turns In His Company Car, Buys New Karma After Quitting. Plus Opens Up A Little. 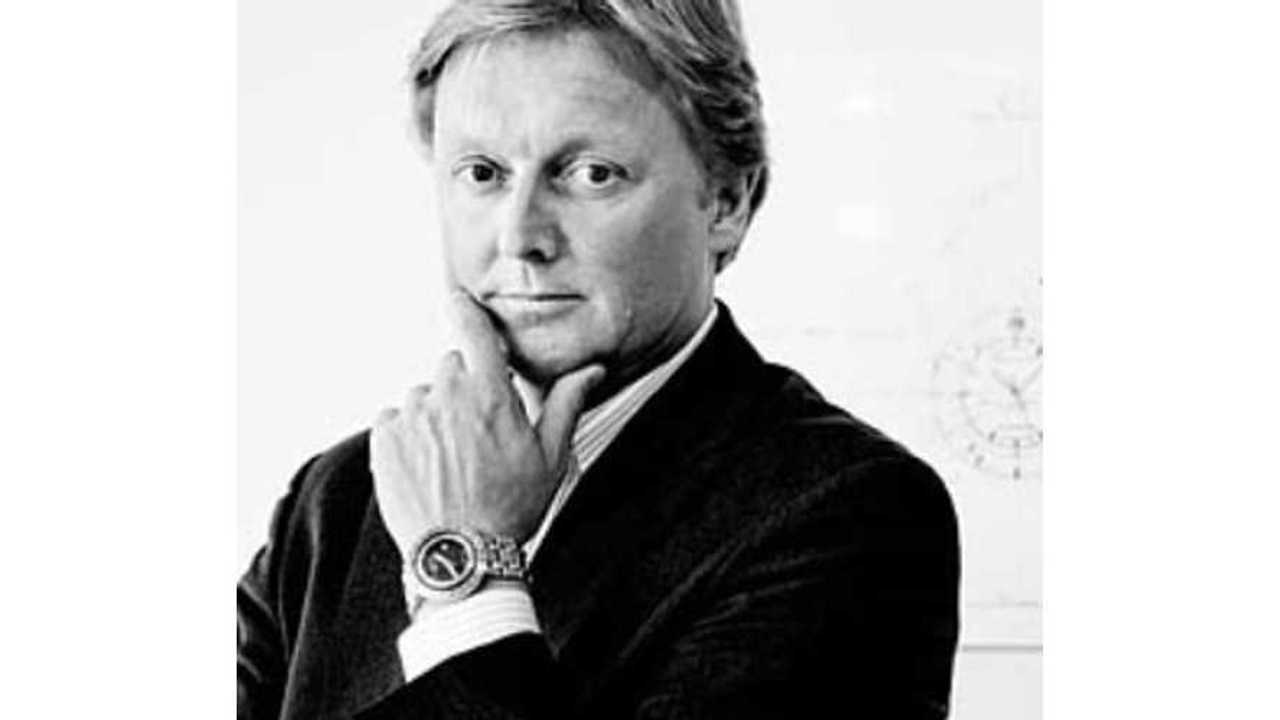 On Wedneday, March 13th, Henrik Fisker, the founder of Fisker Automotive caught us (and probably the Fisker excutive team) off guard by promptly resigning from the company named after himself.    Now, the ex-Chairman is starting to open up about the situation, and what the future holds for him.

Henrik Will Have To Go Back To His Other Job For Awhile. Rosendahl Timepiece Salesman

And while he still won't comment directly on what lead to his exit, or how the situation played out, we can tell you that he promptly turned in his company car (an extended range Karma, naturally) on his exodus...which is not a good sign on how things went down.

"I don't get a free car because I walked away," Mr. Fisker said during a interview with the Detroit News.

However, the man who started the company still wanted a memento of his crowning achievement, so he strolled into Fisker Santa Monica, and plunked down over $100,000 for his own, personally purchased Karma, saying  "I wanted to  support my local dealer."

The company is now in the hands of the same executive team that he quarrelled with, and that ultimately lead to his demise, lead by former Chevrolet Volt line-chief, and now CEO of Fisker Automotive, Tony Posawatz.

"It's probably the most difficult decision I've ever made, but you know it  was a decision that was necessary as I had major disagreements with the current  executive management.  It would be wrong  to stay."

Surprisingly, Henrik says that the reason he left the company was not because of the Board of Directors decision to try and sell the firm to a Chinese company (up to 2 companies are in the running, after Geely recently left the process), but still did not feel this was the time or place to air his laundry specifically.

"It was not specifically about the sale of the company.  It  was about the business strategy."

From losing 338 Karmas in Superstorm Sandy, to losing their battery supplier, A123 to bankruptcy and some early high-profile failures (here, here), Fisker said overall he was still very pleased with the team he put together.

"Despite these unbelievable, almost natural catastrophes that were against  Fisker Automotive, I still think it proves how fantastic the Fisker team has  performed."

As for what the future holds, Mr. Fisker said he was not sure if he would take up with another automaker, saying it's "too early" to think of his next move...but he does still have that gig being a front man for Rosendahl watches.