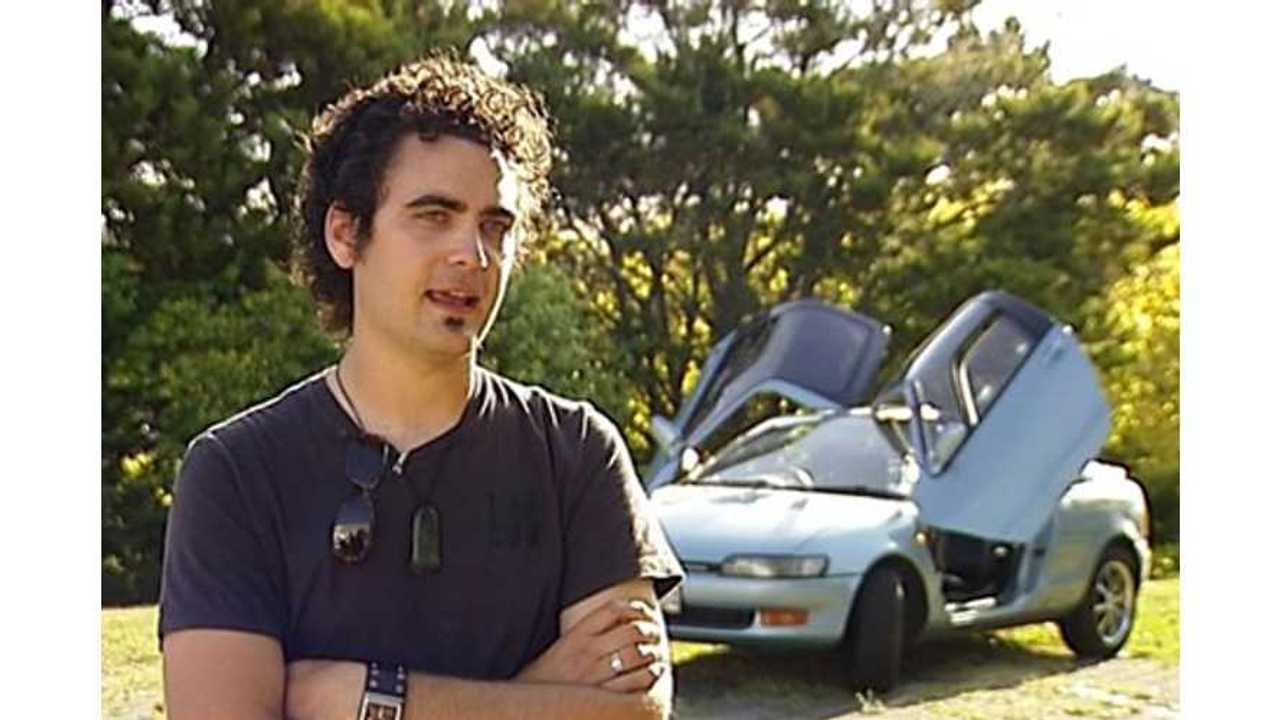 Filmmaker Theo Gibson had a problem. Gas prices in New Zealand are ridiculous and no one seemed to be doing anything about it. So he took matters into his own hands.

Armed with a camera, a garage, a 1990 Toyota Sera and no knowledge of auto mechanics whatsoever, Theo decided to build an electric car. Three years and $30,000 later he's got a new daily driver, not to mention a new documentary entitled Convert Me.

Inspired by the movie Who Killed the Electric Car?, and a family of tinkerers, Theo stuffed some batteries behind the driver's seat of his 23-year-old coupe and the rest is history. OK, that's an oversimplification, but you'd never learn to build your own EV if we told you exactly how to do it.

The car does 80 mph and goes nearly 70 miles on a charge. Sounds very Nissan Leaf-like, no? It takes eight hours to fully recharge the lithium batteries powering the modified Sera and as far as we know, it's the only EV on the road with those sweet gullwing doors (at least until the Tesla Model X arrives).

"It feels really weird driving a petrol car and the petrol station is now just like a dairy to me," Gibson told the Fairfax NZ News. Catch an interview with Theo and some time lapse video of his ambitious pet project below.