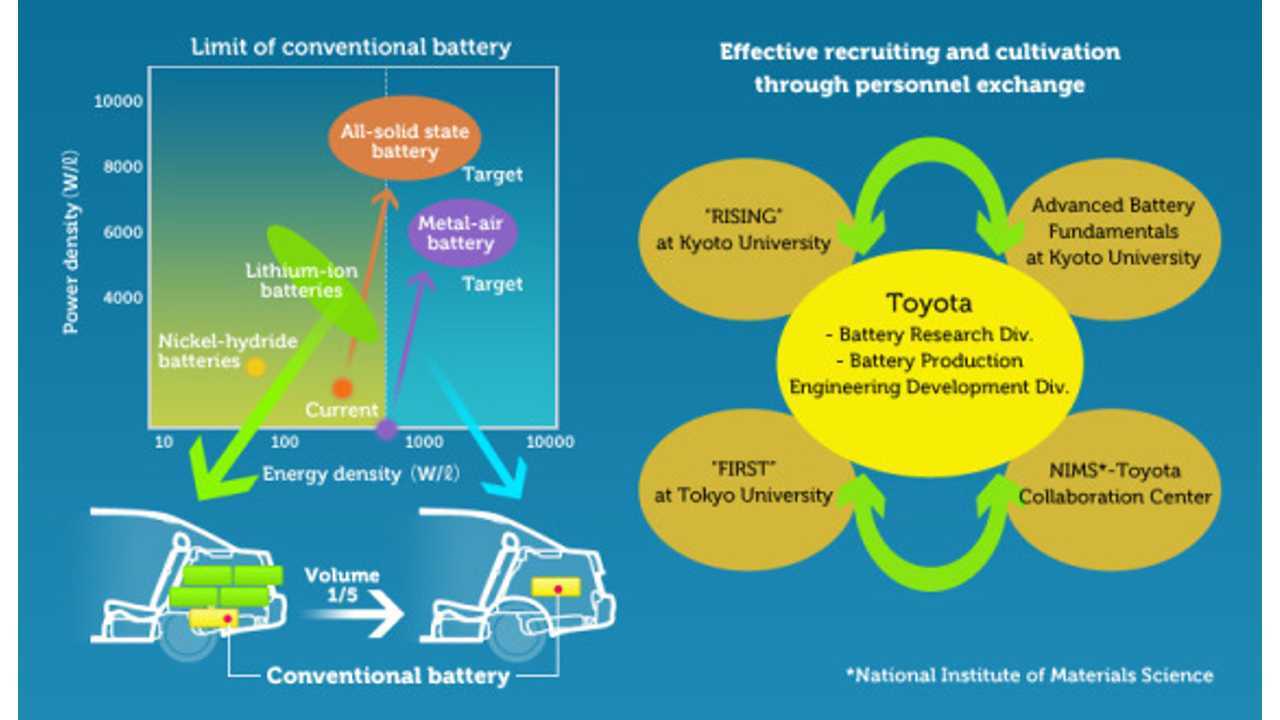 Comparison Between Lithium-Ion and Solid-State Technology

That's the word from Toyota, the automaker that would like to stop using lithium-ion batteries in the future due to cost and excessive weight.

In the words of Toyota:

"As Toyota anticipates the widespread use of electric vehicles in the future, we have begun research in developing next-generation secondary batteries with performance that greatly exceeds that of lithium-ion batteries.  Beginning in 2010, we planned to accelerate our research through collaboration with production technologies. We are currently conducting research and development on two types of batteries, all-solid-state batteries and lithium-air batteries."

The expected benefits of solid-state batteries include:

Some say that more than half the bulk of lithium-ion batteries comes from materials that can't store energy.  Solid-state technology promises to reduce the amount of near-useless material in the battery.

Lithium-air batteries, which Toyota is working on, would come after solid-state and could theoretically store up to 50 times more energy than today's lithium-ion units.

However, theory doesn't necessarily equal reality, but 2020 could potentially be the breakthrough year for battery tech.  Only seven years of breath-holding.  Hope you're patient.