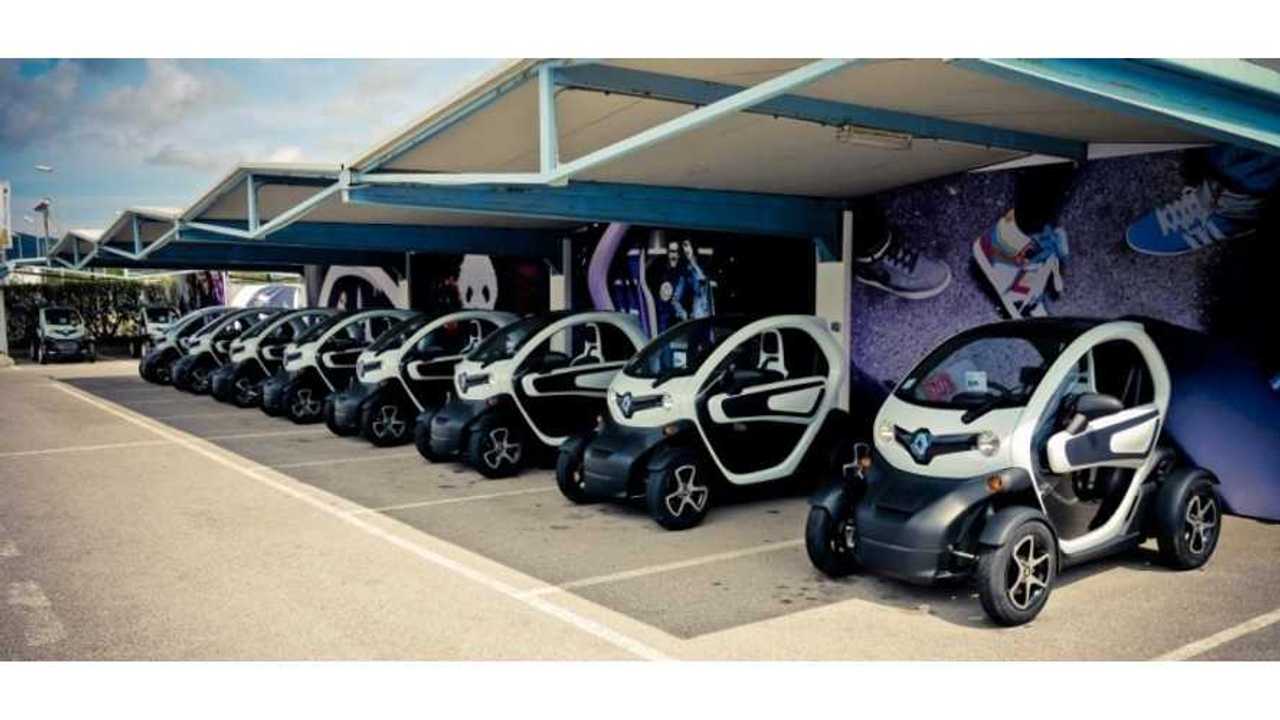 It's come to our attention that Europe's best-selling electric vehicle in 2012, the Renault Twizy, which isn't suited for highway use, might just be the perfect rental vehicle at those exclusive getaway places that few of us can afford.

Renault Twizy on the Road.

How'd we discover this untold virtue of the Renault Twizy?  Well, it was from the folks at What Car? who've had a Twizy in their long-term test fleet for some time now.

This is how the vacation-rental-vehicle revelation came to be:

"I drove the Twizy for the first time this week. It was dark, cold and damp outside, so it's safe to say that conditions weren't optimal for driving home in a partially open electric two-seater....Five miles later, it was mostly with relief that I climbed out (blame the ridiculously hard ride and the amount of icy wind that had been swirling around my back), but I was also smiling because my commute has rarely been so amusing....In the end, though, I struggle to see the long-term appeal of the Twizy. Sure, it'd be great to hire one on holiday in southern Europe, but in Britain, in winter, its appeal is far more limited."

To be fair, the Renault Twizy can now be ordered with optional zip-up windows and optional doors, but still it's usefulness in extreme temps is questionable considering that it lacks a heater of any sort.  But it would be a blast to experience its open-motoring design on a tropical island near the equator where the surrounding scenery rarely takes on a "dash for cover it's going to storm" sort of view.

Let's end on a strong note though.  Here's how What Car? concluded its most recent Twizy long-term update:

"The Twizy is huge fun. It's simplicity itself to drive, is swift enough to keep up with urban traffic (even if initial acceleration from a standstill is a little slow) and mini-roundabouts and many bends can be dispatched with the merest flick of the steering wheel."