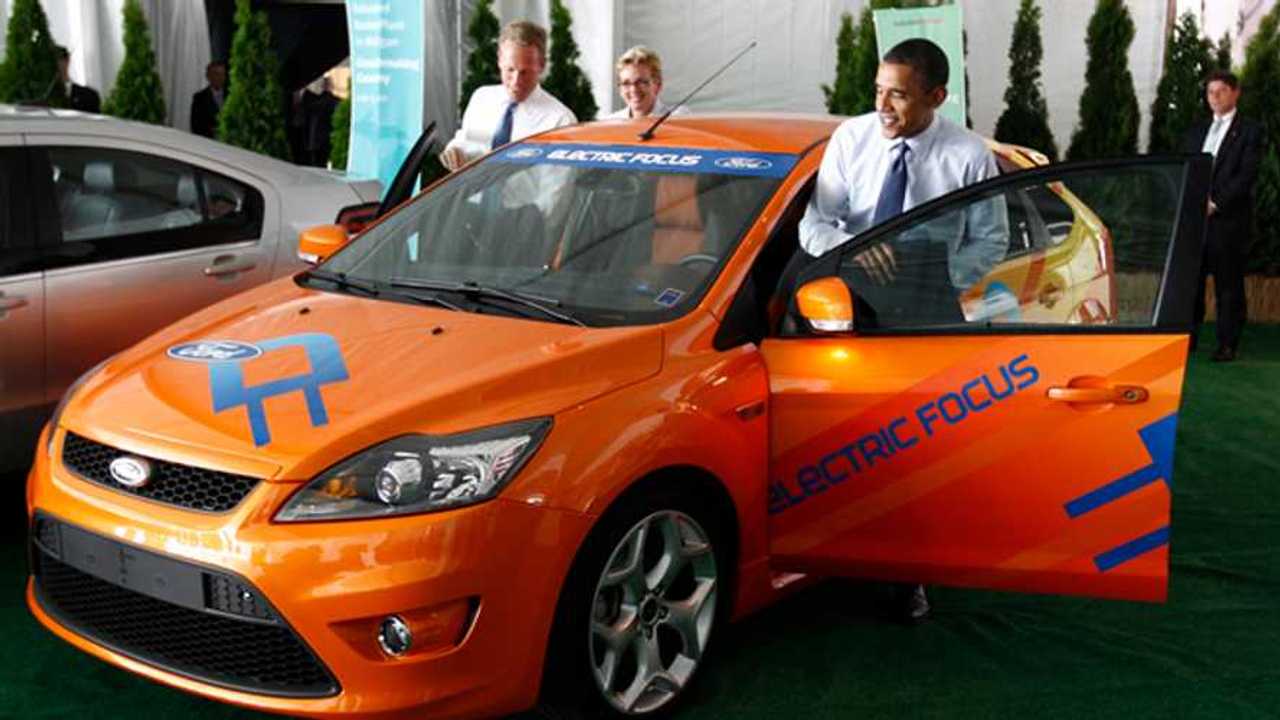 Obligatory Shot Of The President With The Chevrolet Volt

Later today, President Barack Obama will urge Congress to approve $2 billion in funding for advanced vehicle technologies.  But where's this money to come from?  How 'bout we take it from oil and gas exploration funds, says Obama...sort of.

Obama will appear today (2:30 PM EST) at the Argonne National Laboratory in suburban Chicago, where he's expected to present a proposal that calls upon Congress to approve a measure that will see $2 billion in funds generated from oil and gas exploration on federal waters set aside for research and development of advanced vehicle technologies.

According to a White House press release, Obama's proposal calls for $2 billion dollars over the next decade to be diverted from exploratory oil and gas funds to research for plug-in vehicles, battery technology, CNG and even biofuels.

This idea was first brought up by the Presidents at his recent State of the Union Address, but will become more formalized today when actual details are revealed.

More specifically, Obama wants a share of revenue from oil and gas leases on federal lands put into an "Energy Security Trust," which can be accessed as needed by the US government to fund advanced vehicle technologies.

Quote from the White House:

"Funds would be set aside from royalty revenues generated by oil and gas development in federal waters of the Outer Continental Shelf..  Revenues are projected to increase over the next several years based on a combination of leasing, production and price trends, with additional revenues potentially generated as a result of reforms being proposed in the (Fiscal Year) 2014 Budget.... to invest in breakthrough research that will make the technologies of the future cheaper and better—technologies that will protect American families from spikes in gas prices and allow us to run our cars and trucks on electricity or homegrown fuels.  The Energy Security Trust builds on this historic progress, continuing to increase momentum towards to a cleaner, more efficient fleet that is good for consumers, increases energy independence, and cuts carbon pollution."

The Energy Security Trust is supported by the Democratic party and even a few Republicans seem to be slowly stepping on board.  But it's still an uphill battle that, unfortunately, the President seems likely to lose, unless he's willing to soften his proposal.