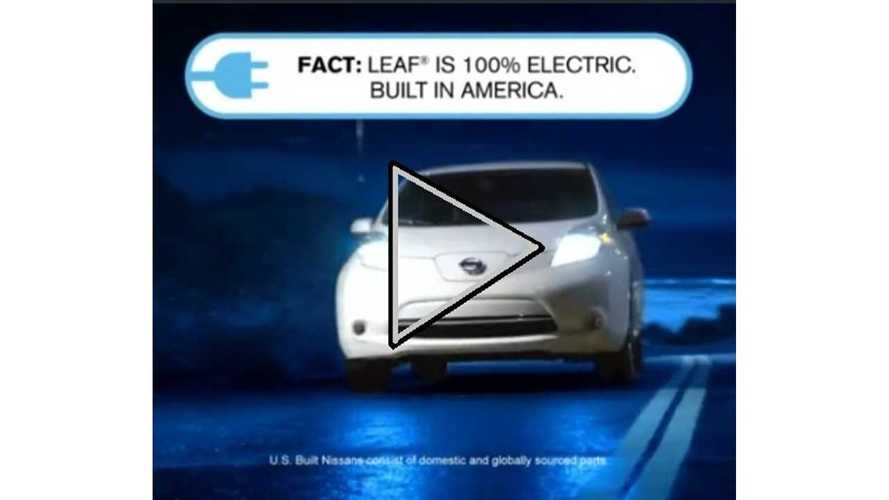 Nissan has just begun its ad campaign for their 2013 LEAF, and it looks like they have finally got it right.  No obscure 'green' messages, no polar bears, no 'what ifs' in the messaging.

Plug-in electric cars have a lot going for them.   So, we feel it is just best to lay out the facts in a straight forward manner so people both understand what the car is about, and can make a decision if a fully electric car is for them.

With Nissan's new television spot entitled "Facts", we think they have accomplished this mission.

All the normal bases are covered, including the ability to avoid the gas and using remote apps, but more importantly so are the LEAF's newest assets:  AroundView Camera, faster charging, and even more importantly the new price and the fact it is build in America.