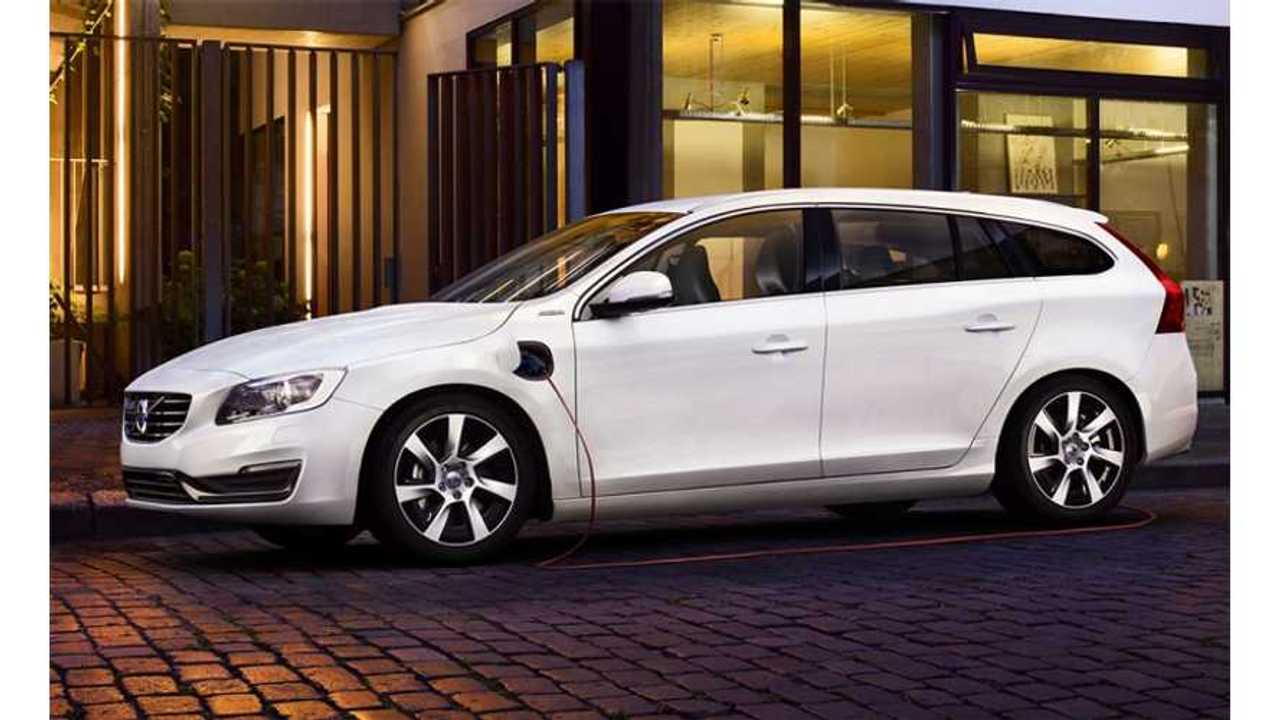 Shortly after hitting the stage at the 2013 Geneva Motor Show, Volvo execs reportedly started discussing the US return of the automaker's V60 wagon.

Gone from US soil for some time now, Volvo is strongly considering the re-entry of its V60 into the US for Model Year 2014.

A decision is expected to be finalized by the end of 2013, but it seems Volvo's existing US lineup of only 5 Model Year 2014 vehicles is not nearly enough and the most logical addition would be the v60 wagon.  Volvo's current US lineup lacks a single station wagon at this time.

There's still no guarantee that Volvo would ship the plug-in hybrid version of the V60 here even if the automaker commits to a US launch of the 2014 V60, but Volvo's absolute lack of a plug-in vehicle in the US makes for a gaping hole that the V60 diesel plug-in hybrid could fill quite well.  If Volvo gives it the US nod, it could reach showrooms in by late 2013.

Fitted with a five-cylinder 2.4-liter turbo diesel producing 215 horsepower and featuring a 70-hp electric motor, the capable plug-in V60 wagon zips from 0 to 62 mph in 6.1 seconds.  Electric-only range is listed at up to 31 miles courtesy of an 11.2-kWh lithium-ion battery pack.  Torque is impressive at 472 pound-feet.  Total driving range is 560 miles.

It's an all-around performer, so fingers crossed it's US-bound.