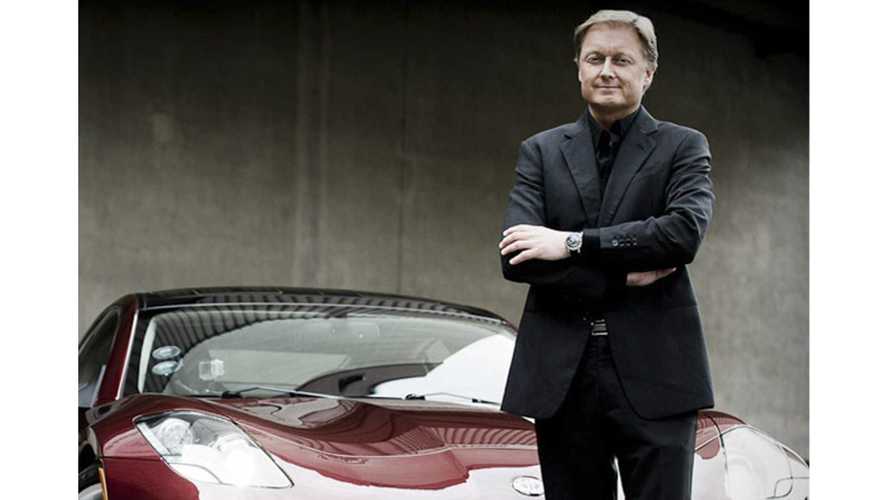 In a move that does not bode well for the future of Fisker Automotive, the company's founder has left after a serious disagreements with Board of Directors.

In a statement to Autocar, the Fisker Chairman forwarded this statement:

“Effective as of Wednesday 13 March 2013, Henrik Fisker has resigned from Fisker Automotive as executive chairman, and has left the company.

“The main reasons for his resignation are several major disagreements that Henrik Fisker has with the Fisker Automotive executive management on the business strategy.”

Despite not building any cars since July, thanks to US battery maker, A123's  bankruptcy and some slower than expected sales,  Henrik had been putting a strong face on the outlook of the company, and had recently been fielding take-over and assistance offers from 3 separate Chinese automakers.

Volvo's parent company, Geely is currently assumed to be the lead candidate to take over control of Fisker later this year.

Fisker Automotive has yet to craft a press release on their Charimen's sudden exit, but we will update this story as it becomes available later in the day.

UPDATE:  Fisker has now acknowledged (press release below)  their Chairman's resignation, and notes his exit means business as usual for the company:

Fisker Automotive announced today the resignation of its Executive Chairman, Henrik Fisker. The Company recognizes and thanks Mr. Fisker for his service and many contributions as Fisker Automotive has progressed from start-up to a fully-fledged global automotive company.

Fisker Automotive is proud to have launched the world’s first extended-range luxury electric car, the award-winning Karma sedan. The Company has a strong and experienced management team and its strategy has not changed. Mr. Fisker’s departure is not expected to impact the Company’s pursuit of strategic partnerships and financing to support Fisker Automotive’s continued progress as a pioneer of low-emission hybrid electric powertrain technology.