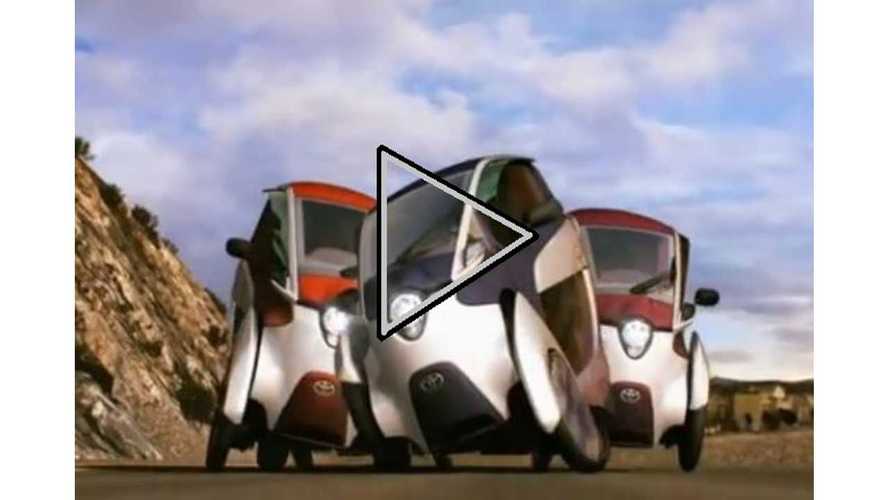 Just in case you missed it, the adorably small Toyota i-Road leans.  Think a motorcycle-type lean, controlled not by a human, but by a micro-processing machine that Toyota refers to as Active Lean technology.

Hey I'm Over Here, Look At Me!

The electric Toyota i-Road made its worldwide debut in early March at the 2013 Geneva Motor Show.  It may not have been the star of the stage, but it certainly wooed some media types who couldn't get enough of the i-Road's topsy-turvy way of moving around.

Here, the Toyota i-Road is back in action again, this time on crowded streets.  This urban environment is where the i-Road would be most at home if it ever makes the jump from concept to production machine.  Just look at that lean!!!

Yes.  Smoothly.  But we'd bet it would feel a bit freaky behind the wheel, too.