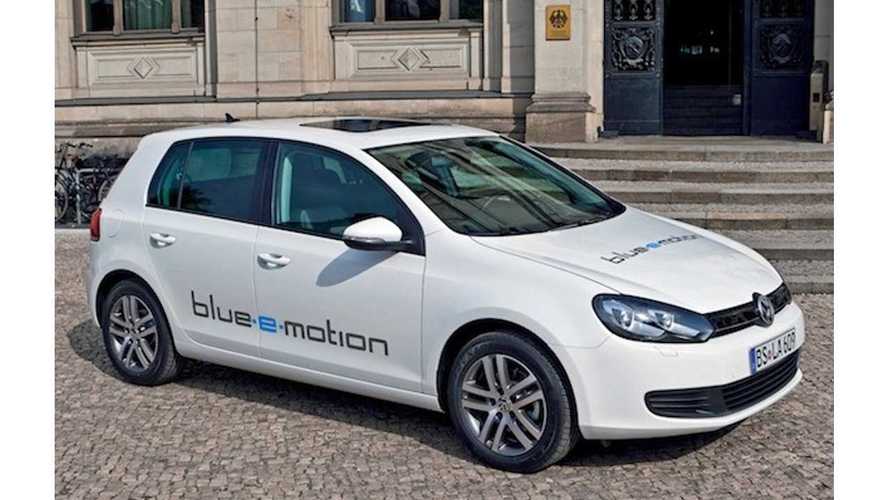 Much of the Volkswagen Groups' future e-mobility plans are already known to us, but when an automaker issues a press blast that sums up its entire plugged-in future in just a few brief paragraphs, it's hard to pass on, well, passing the info along.

As part of its grand approach to e-mobility, the Volkswagen Group will launch at least 6 plug-in hybrid vehicles in 2014 and beyond.

Oliver Schmidt, Volkswagen Group's general manager of engineering and environmental, says the automotive conglomerate will wheel out both pure electric vehicles and plug-in hybrids, which will add to the Group's existing lineup of five conventional hybrids.  In this way, VW Group will offer at least a couple of all the basic types of electrified vehicles (BEV, PHEV and HEV).

Volkswagen Group's 5 conventional hybrid offerings include the VW Touareg, Porsche Cayenne S, Audi Q5, Porsche Panamera S and VW Jetta.  Hybrid versions of both the Audi A6 and Auid A8 are coming soon.

So, hybrids are everywhere in the VW Group's stable, but where are the plug-in vehicles?  Quoting Schmidt, who somehow managed to omit the upcoming Audi A3 e-tron plug-in hybrid:

VW's Petrol Version of the Up! Won World Car Of The Year In 2012

Note that "launch" here refers to the global launch of a specific vehicle somewhere around the globe.  It could be a launch in China, Germany or even the US.  Schmidt is not offering specific details on where each vehicle will launch first, nor is he saying which countries will get each particular plug-in.

Here in the US, we know we'll get the Golf BEV and plug-in hybrid Golf.  The Porsche 918 Spyder is sold out everywhere, so that matters not to us.  The electric Up! is not likely to be offered in the US and the plug-in hybrid "bigger Audis" seem unlikely to be US-bound.

But what's most important here is VW Group's outstanding commitment to electrify a significant amount of vehicles in the near future.  When the ball starts rolling, it's difficult to stop.