Ultra-Efficient XL1 Technology to Spread to Rest of Volkswagen Lineup 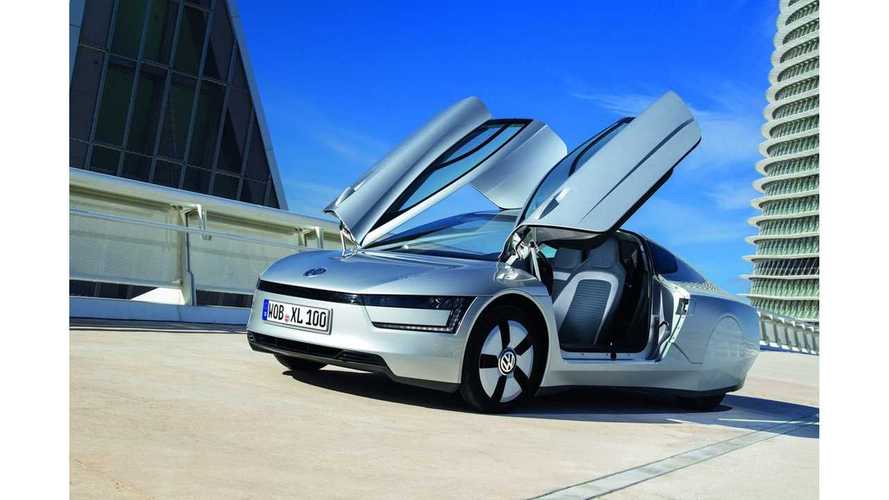 First we got wind that Volkswagen confirmed production of its technology-packed XL1 diesel plug-in hybrid, then came word that the VW Up! would be fitted with the XL1's plug-in gear, then the XL1 hit the stage at the 2013 Geneva Motor Show, now we've learned that some of the XL1's technology will trickle its way across most of VW's entire lineup of vehicles

VW Group engineering boss, Ulrich Hackenberg, says that the technology found on the ultra-efficient XL1 will be offered on VW's next-generation of automobiles.

Hackenberg isn't implying that all future VW automobiles will be diesel plug-in hybrids, but he is suggesting that several of the XL1's features, including cameras in place of door mirrors and ultra-lightweight bodywork, will show up on future VW products.

Hackenburg does say that the XL1's diesel plug-in powertrain could be fitted to several next-generation VWs, but he isn't ready to reveal which vehicles will get the plug-in treatment.

So, it seems the limited production XL1 isn't just an ultra-efficient automobile, but a test bed for future trickle-down VW technology, too.