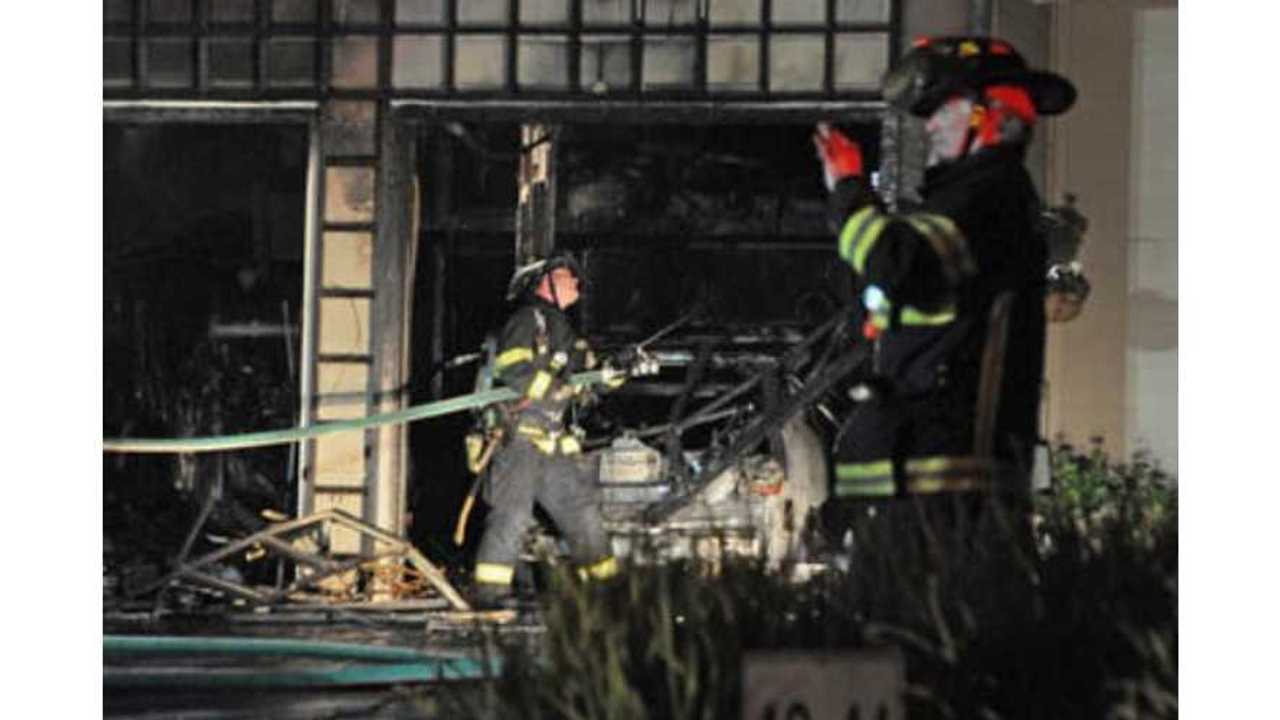 In a time when no one else was making plug-in cars, and while all the major automakers said the idea was not a viable one, Ron Grembam set out to convert his standard Prius into just that.

And he did it.

Through his association with Calcars, Mr. Grembam's original plug-in Prius is quite famous.  As the story goes, in 2004, and with about 50,000 miles on his Prius,  Mr. Grembam added a larger battery pack (and a plug) so that it could run for an extended range on electricity alone.

Later in 2010, with the hopes of achieving over 100 MPG the car's equipment was replaced by Plug-In Conversions Corporation of Poway, Calif (who no doubt would not be thrilled to hear of the car's demise).  Additionally, the old batteries where replaced with a new 6.1 kW nickel-metal-hydride pack.

Unfortunately sometime on Tuesday night, the car caught fire and subsequently exploded, doing $250,000 worth of damage to the owner's house and apparently killing a cat.

In a interview with the NY Times on Thursday, Felix Kramer, the founder of CalCars noted, “This unfortunate fire unequivocally has nothing to do with today’s production plug-in hybrids.”

Meanwhile, Mr. Grembam, said he could not pinpoint the cause of the fire itself.

“It’s not obvious.  The car exploded and apparently destroyed all the evidence.” The converted Prius was charging at a 120-volt outlet (at 8 amps) at the time of the incident Mr. Grembam added,  “that shouldn’t be enough to overheat the battery pack. That deepens the mystery.”

The accident was controlled in about 30 minutes by the Corte Madera Fire Department, and an investigation is currently underway.

Obviously aware that the public is very sensitive about any bad press when it comes to plug-in vehicles, Mr. Grembam said, “This incident very well might make a dent in aftermarket conversions. It would give anybody pause. But I’m hoping it doesn’t affect the market for O.E.M. plug-in vehicles.”