Welcome To Every Auto Show Ever: Toyota i-Road And Crazy Dancers Take The Stage (video) 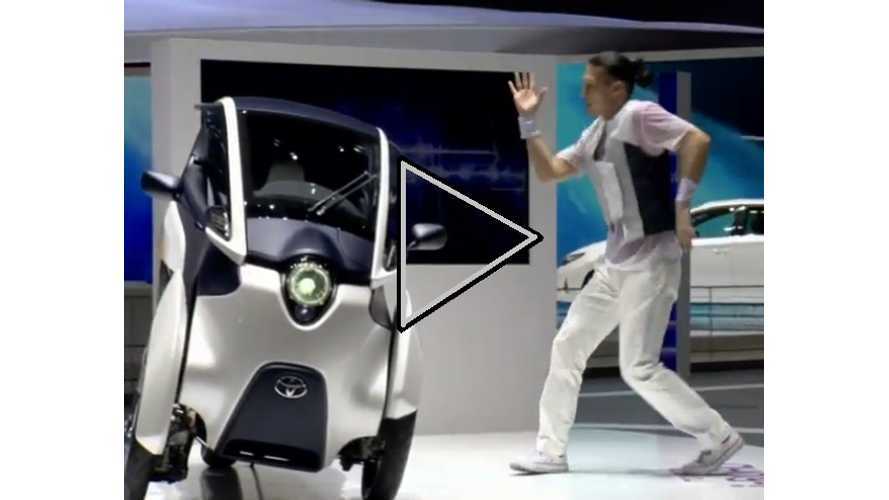 Hey I'm Over Here, Look At Me!

Automotive shows have been around a long time.  The Detroit Auto Show for example was first held in 1907, and has been held every year since (with the exception of a nine year break starting in the mid-40s).  The show has undergone a few different venues, some names changes, and now exists as the North American International Auto Show or NAIAS.

Whats That? Something About A Car You Say?

These auto shows are barely recognizable from their humble local roots to the fantastical shows put on today by their vehicle's mother-ships; but one thing remains the same...idyllic visions of the future, and all the campy goodness of a well choreographed song and dance routine.

Leading the pack in cool retro-awkwardness (if there is such a thing) at the Geneva Motor Show is Toyota with the i-Road.

Take away the plug on the i-Road, and a little less Pop Locking, and it could be 1954 in Chicago at the Ford booth with the nuclear-powered FX-Atmos telling us what the future will bring.

Still, the Toyota produced video gives us all a real good look at the i-Road, and its funky 3-wheel sway driving.  And while the young lady looks very comfortable zipping around in circles in her futuristic Toyota, we'd still like to see her try the same trick in reverse.