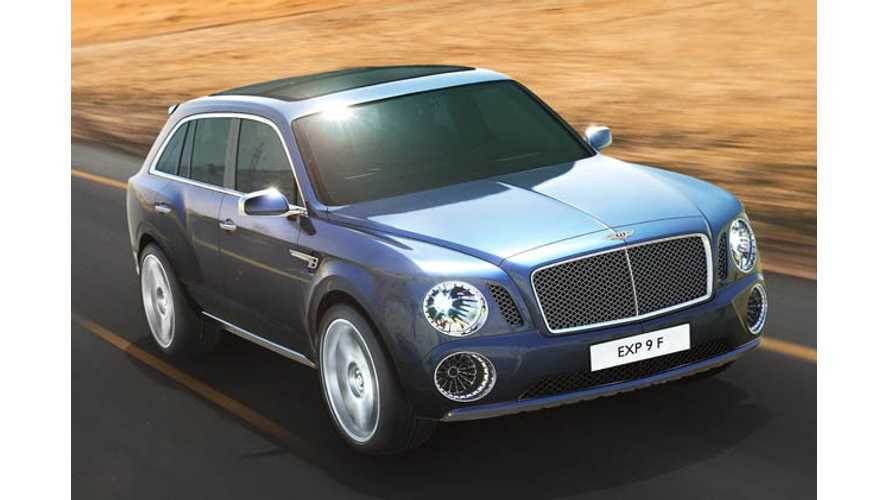 In an exclusive interview with The Detroit Bureau (we here at InsideEVs feel it's proper to give credit where it's due), Bentley technology chief, Rold Frech. confirmed the unthinkable.

Yes, that's right.  Frech told The Detroit Bureau that a Bentley "SUV will get a plug-in."

The revelation occurred at the 2013 Geneva Motor Show and is scarce on details, but Frech reportedly stated that plug-in hybrid "is a technology that fits for Bentley."

It's believed that Bentley will apply plug-in hybrid technology to the ever-evolving EXP 9F sport-utility concept that debuted at 2012 Geneva Motor Show.

An updated version of the EXP 9F is slated to reach showrooms in 2015.

Bentley says more details will be released in late 2013.  That's a relief, because right now nothing is known of Bentley's first plug-in other than it'll be an SUV and launch in 2015.

via The Detroit Bureau (and a hat tip to Alan C)