Video: Was the Top Gear Hammerhead Eagle i-Thrust the Predecessor to the Chevy Volt? 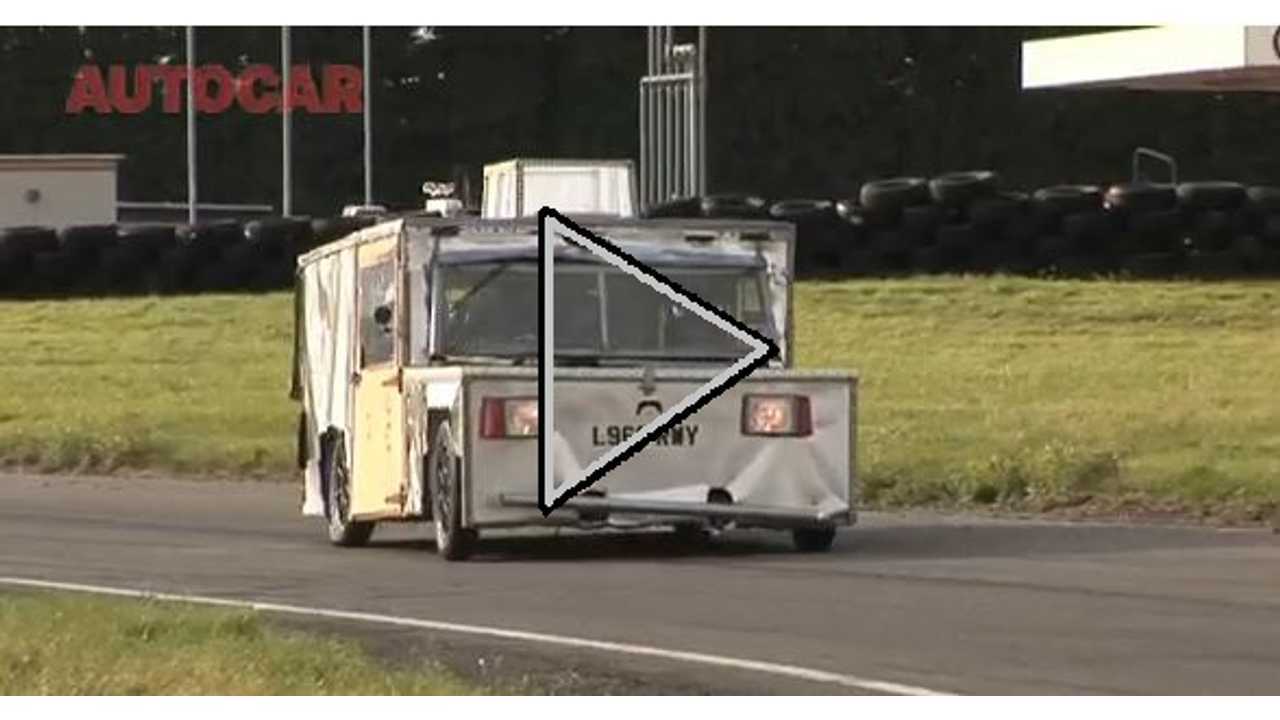 Occasionally, we here at InsideEVs enjoy reliving bits of the automotive past, especially if there's humor involved.

Back in 2009, Top Gear "invented" the Hammerhead Eagle i-Thrust, a zany concoction of miscellaneous bits that vaguely resembles an automobile.  Its propulsion system was ground-breaking for its day.  A diesel generator extended the range of the battery-powered i-Thrust and, in fact, made its debut in "road-ready" (no...not quite) form prior to the Chevy Volt.

A quick read of a condensed version of Top Gear's press release below will convince you that the i-Thrust was revolutionary, while the video review by Autocar will make you laugh uncontrollably.

Our conclusion?  The Hammerhead Eagle i-Thrust ain't a Chevy Volt.  Not even close.

THE HAMMERHEAD EAGLE i-THRUST - A NEW DAWN FOR ELECTRIC CARS

The Hammerhead Eagle i-Thrust represents the start of an exciting future for the electric car, born from a desire to shake off the compromises of existing electric vehicles and to deliver a superior car for less than the price of its key rival, the G Wiz.

The Eagle i-Thrust is brand a new design, created and built entirely in the UK, and boasts an extraordinary combination of unique styling, sports car handling and an innovative propulsion system that harnesses a familiar battery-based electric powertrain in league with the dependable power of a diesel generator to provide maximum range and efficiency.

The Hammerhead Eagle i-Thrust promises to shake off the dynamic compromises of existing electric vehicles, boasting a well-proven chassis from one of Britain’s leading sports car makers in league with direct, unassisted steering and – thanks to the aft location of the batteries – a rearward weight bias that will be familiar to any keen driver who has ever sampled the legendary Porsche 911.

The Hammerhead Eagle i-Thrust uses a dependable Wales & Edwards 96 volt electric motor allied to a well proven 12 volt batteries. However, in an innovative move typical of this ingenious vehicle, these batteries are kept topped up by a smooth and adequately powerful diesel generator promising greatly enhanced range and usability.

One of the most innovative features of the Hammerhead Eagle i-Thrust is undoubtedly its radical three abreast seating layout, inspired by the both the practicality of the Fiat Multipla and the sportiness of the legendary McLaren F1.

As with many aspects of the i-Thrust, implementing such a seating plan proved to be a technical challenge for the engineering team at Hammerhead’s Oxfordshire Technology Centre but it was a challenge they tackled with ease.

Chief amongst the problems posed by this radical layout was the question of how to accommodate the central seat atop the central backbone of the chassis underneath. The solution proved to be elegant in its simplicity, whilst also giving the i-Thrust one of its most distinctive design features – the unmistakable HeadBox™ which gives the central passenger an unrivalled view of his surroundings.