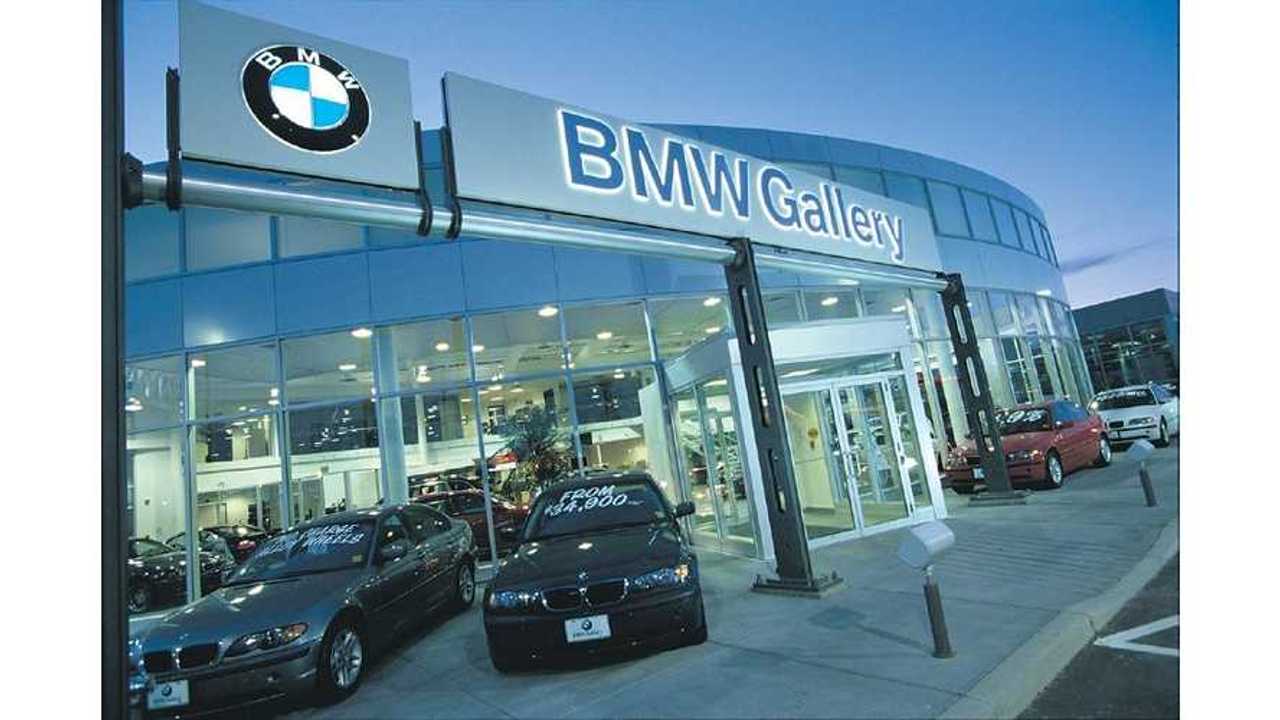 If you are a current battery electric vehicle owner, lets say of the Nissan LEAF, and are preparing for an extended trip, you have stared into the face of the 'range anxiety demon.'   And he has probably forced you into one of these decisions:

Hrm, Maybe I'll Just Leave My i3 At Home For This Trip

On the other hand, if you have not considered an all-electric vehicle like the LEAF, or Focus Electric, perhaps due to range anxiety, or owning only a single vehicle,  your only other 'green alternatives' have been:

Now, BMW plans to give pure electric buyers one less reason to not buy an EV (double negative for the win).   Just borrow one of their cars.

BMW i3 Does Some Winter Testing In Anticipation Of Its November 16th, 2013 Launch

BMW says that after doing a lot of studying on the BMW ActiveE and electric MINI test fleet, cars with about 100 miles of range, they have found that range problems only accounted for about 1 in 10 trips.

To solve some of these issues surrounding long trips while owning a BMW i3, the German company is going to implement a car-borrowing program.

“We offer you a fallback solution in case you purchase this car and then need to go on a 500-mile trip,” says Rolf Stromberger, BMW’s vice president of business environment and public affairs strategy to the MIT Technology Review.

The BMW i3 has an approximate (EPA) range of 90 electric miles, but also features a range extender option to cure a certain amount of trip anxiety past the vehicle's electrical energy limits.

However, the extender option only adds a very small 34 hp "will get you there motor" and a 2.37 gallon gas reservoir, perhaps adding another 85-90 miles of driving after the i3's electricity has powered off.  Using only the range extender on a 1,000+ mile journey could involve dozens of gas pit stops along the way, and would be an exercise in frustration...but borrowing a gas powered X3 for free from your local Bimmer dealer sounds really good to us.