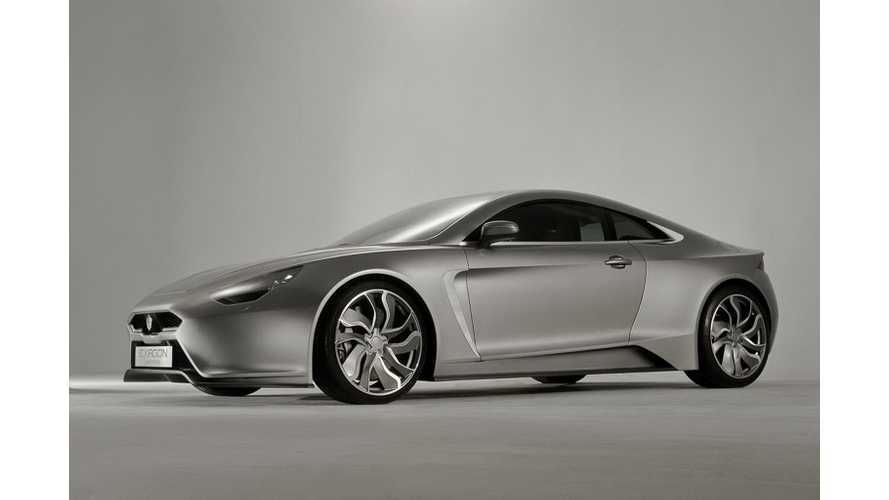 French racing team Exagon Motors wheeled out what's believed to be the production version of its electric Furtive-eGT at the 2013 Geneva Motor Show.

First displayed in prototype form way back at the 2010 Paris Motor Show, the Furtive-eGT is an electric sports coupe that weighs a hair over 3,600 pounds and features dual electric motors from Siemens, one for each rear wheel, which deliver combined output of 395 horsepower and 376 pound-feet of torque.

A three-speed, automatic gearbox developed by Exagon Motors directs all that grunt to the rear wheels.

Exagon says the Furtive-eGT zips from 0 to 62 mph in just 3.5 seconds and on to an electronically limited top speed of 155 mph.

Driving range is listed at up to 225 miles, which seems reasonable given the Furtive-eGT's sizeable 53-kWh lithium-ion battery pack.

Up 'til now, the Furtive-eGT seemed nothing more than a dreamy concept that would never quite make it into production.  In fact, Exagon Motors has touted the Furtive-eGT for years now and even previously set a launch date of early 2013.  Exagon Motors might not make that deadline, but we now know that production seems to be looming.

Exagon Motors is ready to line up potential buyers for the Furtive-eGT, but it ain't cheap.  What's the cost to score this electric coupe?  Nearly $505,000 US at the current exchange rates, except it won't be offered in the US, it's a Euro-only machine.

An exact production date is still unknown, but we're thinking that if Exagon Motors lines up enough buyers, then Furtive-eGTs will begin trickling off the assembly line.

Check out video of the Furtive-eGT being tested on the Nürburgring with Sabine Scmitz behind the wheel. The German racing driver is widely known as one of the world's experts on this famed track.