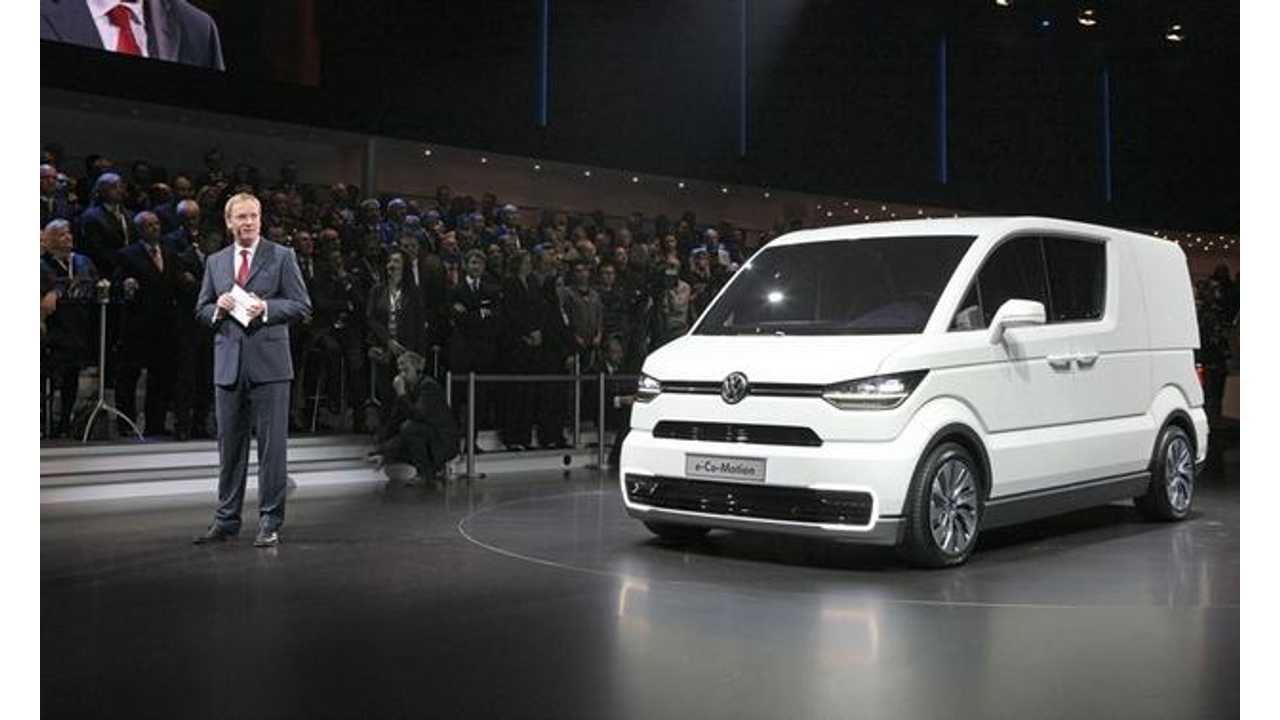 German automaker Volkswagen teased the on-stage debut of it electric e-Co-Motion Concept a few days back, but now that the transporter of the future hit the stage at the 2013 Geneva Motor Show, there are more details to share.

The press blast from Volkswagen focuses on how the e-Co-Motion could forever change the light-duty commercial vehicle world:

"Electric mobility—especially in the area of light commercial vehicles—will assume a decisive role over the mid- to long-term considering the growing transport needs in the world's megacities."

All that's fine, but what's the e-Co-Motion capable of?  Well, according to VW, the electric trasnporter would come with three options for battery capacity: 20, 30 or 40 kWh, Range, respectively, is listed at 62, 93 and 124 miles.  The powertrain featured in the e-Co-Motion is the same that's found on the electric VW Golf, so figure a max horsepower rating of 110 and peak torque of 200 pound-feet.

Inside, the e-CO-motion hauls up to 162 cubic feet of cargo weighing a max of 1764 pounds.  The interior is adaptable, too. "ll sorts of derivatives are imaginable." says Volkswagen.

Yes.  In the automotive world everything is imaginable, but let's not forget that the e-Co-Motion is only a concept and that VW has a long history of showing off flashy concepts packed with technology, most of which never enter production.