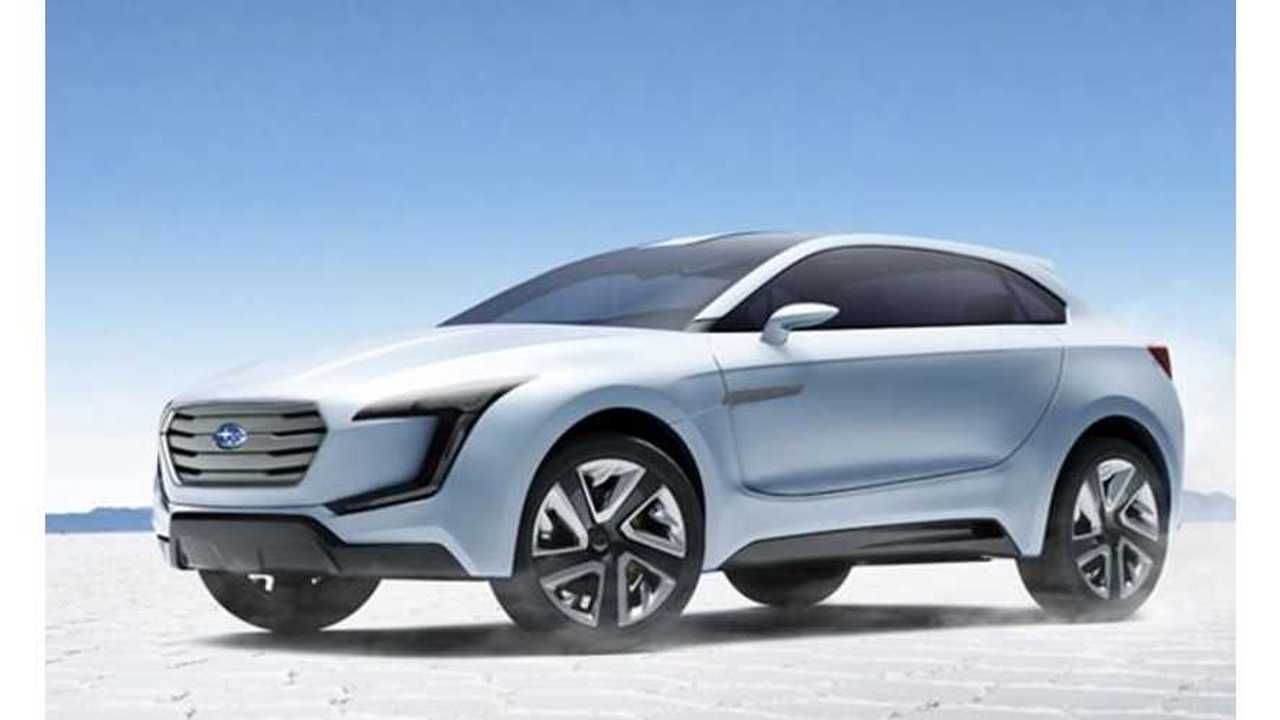 Subaru looks to now be getting into the plug-in game with its Geneva reveal of the VIZIV plug-in hybrid concept.

While we are not crazy about seeing another obscure vehicle name that is difficult to pronounce or spell (which may be the theme of the 2013 Geneva Motor Show), we really like the look of this "future generation" crossover concept.  Even with its insane 1.5 person scissor doors.

The high quality of the promotional video, the best we have seen to date, shows that Subaru has put a lot of stock into this concept, and we will be seeing more of this design/platform in the future.

Like all show concepts, details are a little sketchy, but here is what we know:

If The Subaru VIZIV Sees Production, We Are Pretty Sure Some Of The Features Might Be Toned Down Just A Touch

It does appear that this concept does not have a fully capable electric operation, as Subaru does not give an "only electric range, and also notes:

"The powertrain selects the best time to use each power unit according to its strengths and the driving application, achieving high fuel economy. The motors start and drive the vehicle during low-speed or city driving, while the diesel engine and high-efficiency Lineartronic take over on the highway."