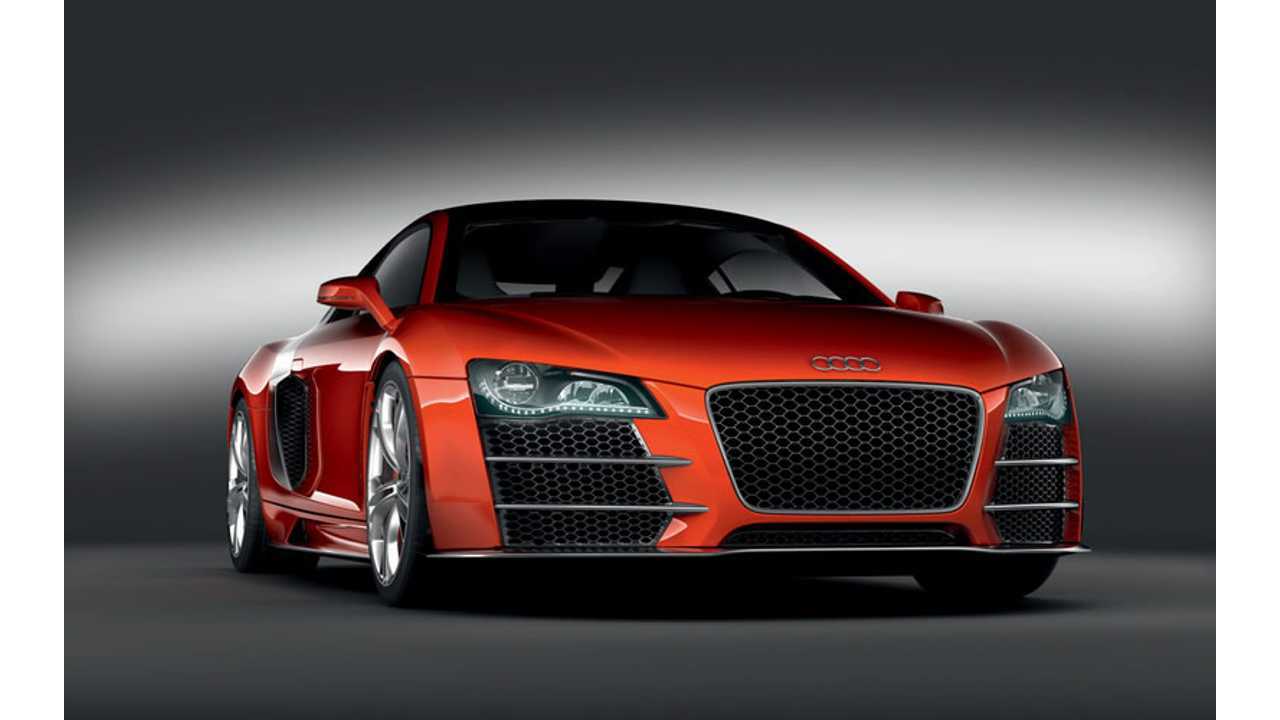 Is a diesel-burning LeMans-inspired Audi hypercar in the works?  Maybe.

Will it be a plug-in hybrid?  Possibly.

Does the world need one more outrageously fast, jaw dropping piece of automotive machinery?  Why not.

Speaking to Autocar at the 2013 Geneva Motor Show, Audi technical chief, Wolfgang Dürheimer, revealed that a LeMans-inspired Aud is in the "product evaluation" stage and that production is a possibility.

"We run product evaluation on different ideas, looking at market positioning, brand image, development cost and time to market.  Once this is done we will have a clear decision on what happens next.  I would expect an update on this project in September at Frankfurt.  It is still alive and I’m pushing for it.  The market for these cars is fairly limited, but they are so important for brand image and perception.  For these cars, these should be the main focuses.  I think we need to do this car and show clearly where racing goes."

But there's no mention of a plug-in hybrid setup in that statement, so will the V12 TDI Audi hypercar make due without a plug?  Again, we turn to the words of Dürheimer:

"I am convinced that if a hybrid can cut lap times and increase performance then this will be a breakthrough.  You might think a race car is a long way from a road application, but the hybrid technology in racing has been transferred to the road cars already."

So, possibly a hybrid, but where's the plug?  Well, Audi doesn't do conventional hybrids, so a plug-in hybrid is the only logical interpretation of Dürheimer's word.

And if we add in that German rival Porsche uses plug-in hybrid technology to transform the 918 Spyder into one of the quickest and fastest vehicles on the planet, then it would seem plug-in hybrid is the way to go.