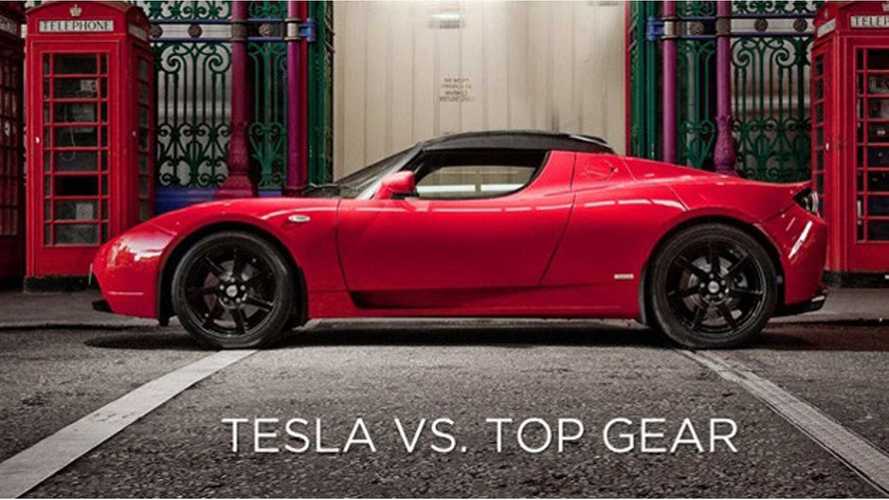 The Gavel Dropped on Tesla...It's Over

It appears that the Tesla libel suit against BBC's Top Gear is finally over.

The court rejected Tesla's claim that Top Gear's on-screen representation of the Tesla Roadster was "libel" and full of  "malicious falsehood."

Tesla Motors claims Top Gear faked a scene (which is, of course, entirely accurate) that showed a Tesla Roadster running out of charge.  Tesla says the on-screen antics led to lower sales of the Roadster in Europe.

But, as we all know, Top Gear "fakes" most of it show.  That's why Martin Moore-Bick, an appeals court judge in London, ruled against Tesla, saying that a "reasonable viewer" would not have believed that the Tesla Roadster's range was less than the automaker's estimate of "200 miles under normal driving conditions."

"I am pleased that the Appeal Court has upheld the previous ruling and the case has been struck out.  I'd also like to apologize to the judges for making them have to watch so much Top Gear."

Way back in 2008, Top Gear tested a Tesla Roadster.  With some camera trickery and foolish actions, Top Gear managed to "fake" the vehicles range.  The show claimed that the Roadster ran out of juice after only 55 miles, which we all know is inaccurate.

That's why Tesla Motors struck back by filing a lawsuit.  Tesla claims to have lost out on some $171,000 in sales due to Top Gear's fake review.

Finally, this lengthy and money-consuming ordeal seems to be over.

Please check out Top Gear's questionable review of the Tesla Roadster prior to dropping a comment below.