Land Rover Releases More Details on Electric Defender; It Can Pull a 12-Ton Train Up a Steep Grade 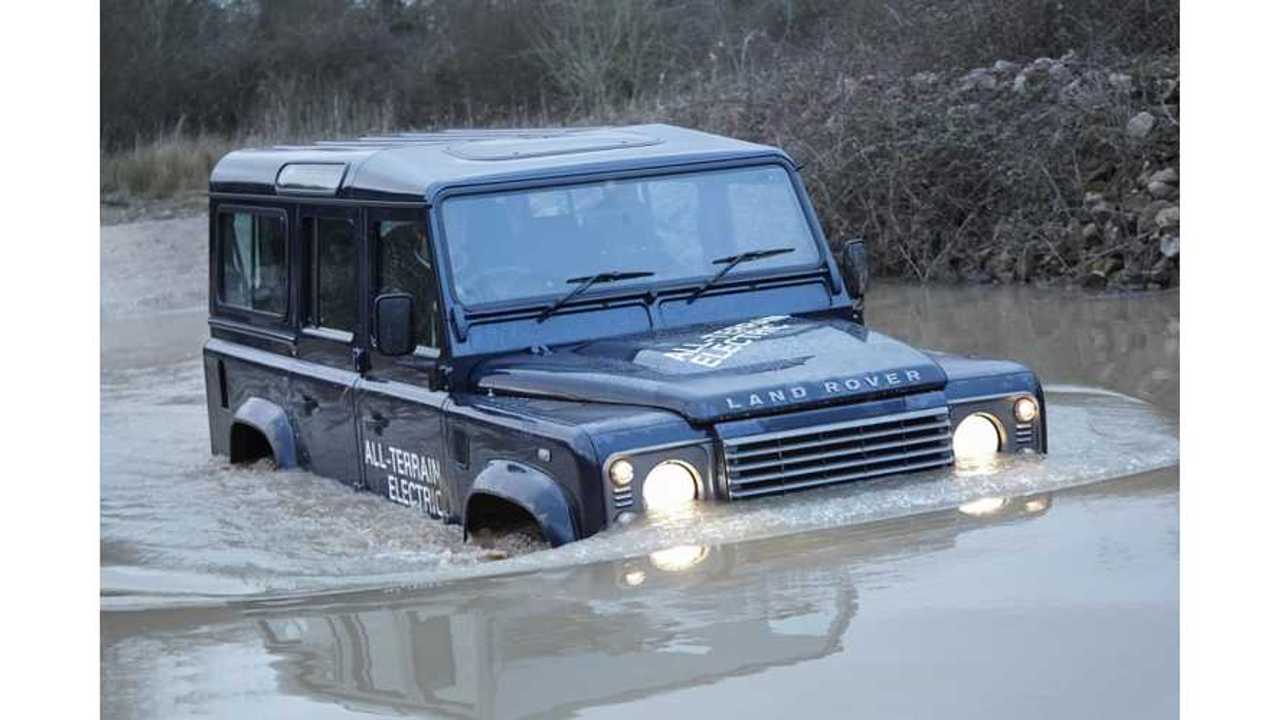 Nearly a week ago, we poured out details on the electric Land Rover Defender test vehicles.

These rock-crawling, river-fording, mud-slinging electric beasts seem capable of tackling any terrain and conquering whatever Mother Natures throws in the Defenders way.

But what if a 12-ton train needs a tow?  Well, it turns out that the electric Defender is a broke-down train's perfect companion.  Land Rover actually tested the electric Defender's capability by having it haul a 12-ton train (Unfortunately, no images exist of this train-towing feat.) up at 13-percent grade.  Unfortunately, no images exist of this train-towing featHow's that for a display of electric grunt?

The Defender's 94-horsepower electric motor with 243 pound-feet of torque is apparently far more capable than the numbers suggest.

Water in your way?  Not a problem for the electric Defender as it can wade through water as deep as 800 mm (31 inches).  Who says water and electricity don't mix?