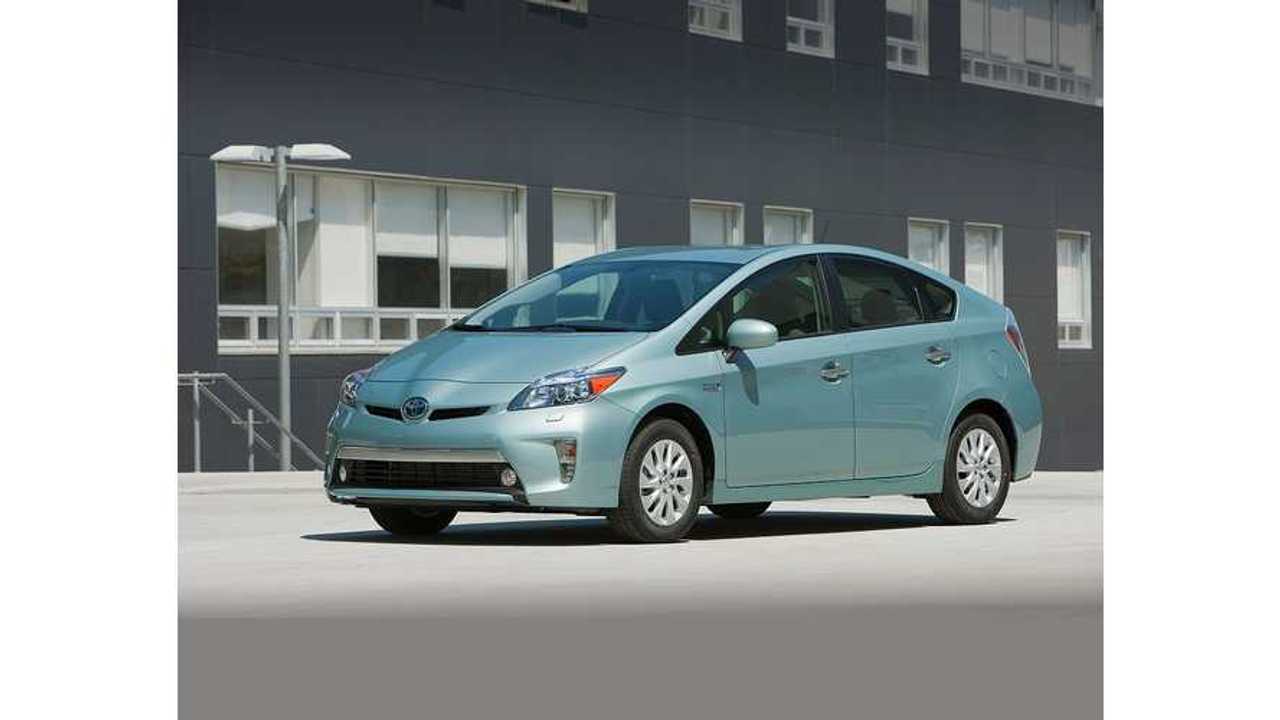 About a year ago next week, Toyota introduced the plug-in Prius to the world.

For those who are not familiar with the car, the electric Prius is basically the same set-up as the standard Prius hybrid, but can also drive about 11 miles on electricity (in blended mode according to the EPA) thanks to a larger electric motor, and a a 4.4 kWh lithium battery pack.  The Prius PHV has a MPGe rating of 95.

The car does has some limitations, as the electric drive can not maintain speeds of over 62 mph, and can not be driven aggressively with hopes to stay solely powered by electricity.  However, the Prius is a hybrid first, and an EV second; so it that regard, these infractions are forgivable.

For 2012, Toyota sold 12,750 copies of it plug-in, and Toyota Division Group Vice President Bill Fay (in an interview with Ward's Auto) says that they company hopes to match that figure with 12,000-13,000 new sales in 2013, even if that means some heavier discounting...within reason.

“I don’t know that we have to necessarily go around and match everybody. But I think we have to be cognizant of the world those shoppers are operating in…and we have to be sure we offer the same kind of value when they go to buy the vehicle.”

Bill Fay says that up until recently, the bulk of Toyota PHV purchases have been purchases, a trend not seen in other vehicles like the Chevrolet Volt and Nissan LEAF that are heavily skewed to leasing.

This bias to purchasing over leasing may be due to the plug-in Prius' smaller Federal government spiff of $2,500, as compared to $7,500 for vehicles with batteries 16 kWh or greater.  These credits generally can be taken as a stright cap-cost reduction on leases at point of sale, making competitors lease rates more attractive.

Still, Mr. Fay thinks that "...in the long run it’s going to be a good lease vehicle."

With these lower year-over year projections, it seems like Toyota maybe realizing that the extended range competition has gotten a lot fiercer for 2013; with not only the Chevrolet Volt eating at Prius PHV sales, but also the likes of the Ford C-Max Energi and Fusion Energi.