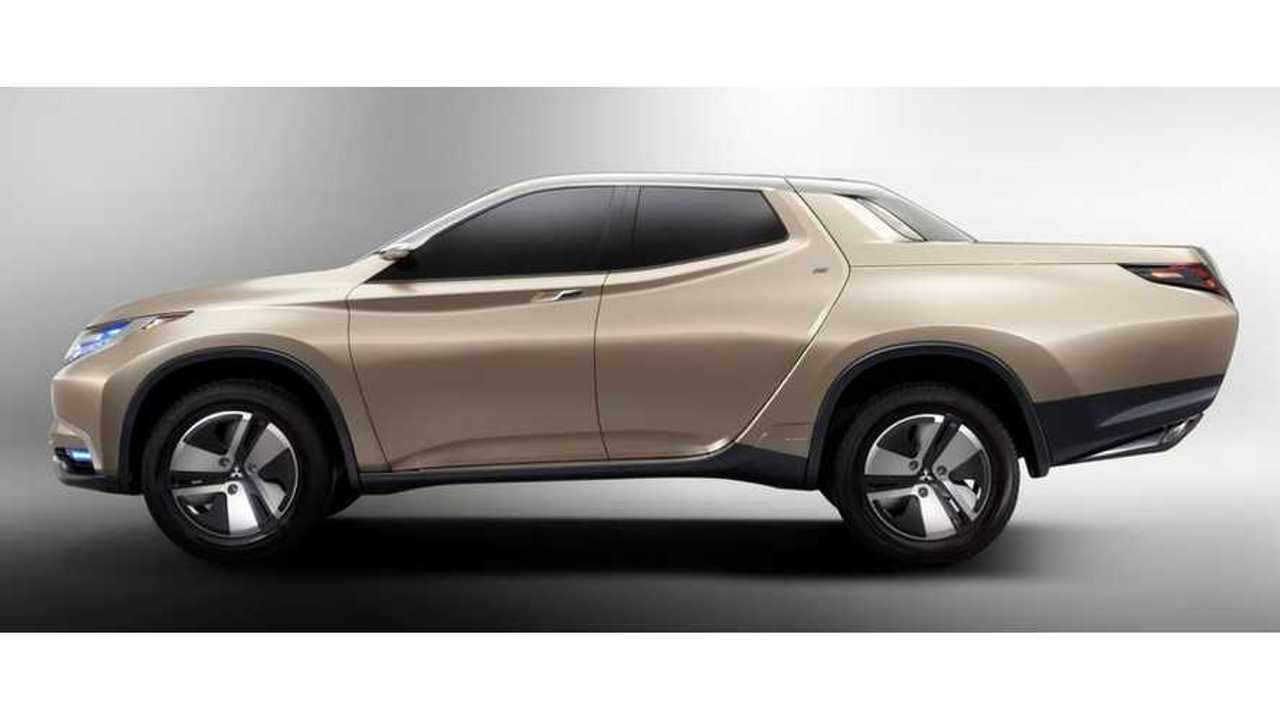 Scheduled for its official debut tomorrow at the 2013 Geneva Motor Show is this plug-in hybrid gem: the Mitsubishi GR-HEV Concept.

It's essentially a swoopy, stylized pickup truck with plug-in gear added to offset the efficiency lost by choosing a truck.

Mitsubishi is tight-lipped on the GR-HEV, at least until it officially debuts tomorrow, but here's the tiny bit of information we do know:

Oh.  We almost forgot.  The GR-HEV is purely a concept.  At least for now.
++
Got a tip for us? Email: tips@insideevs.com