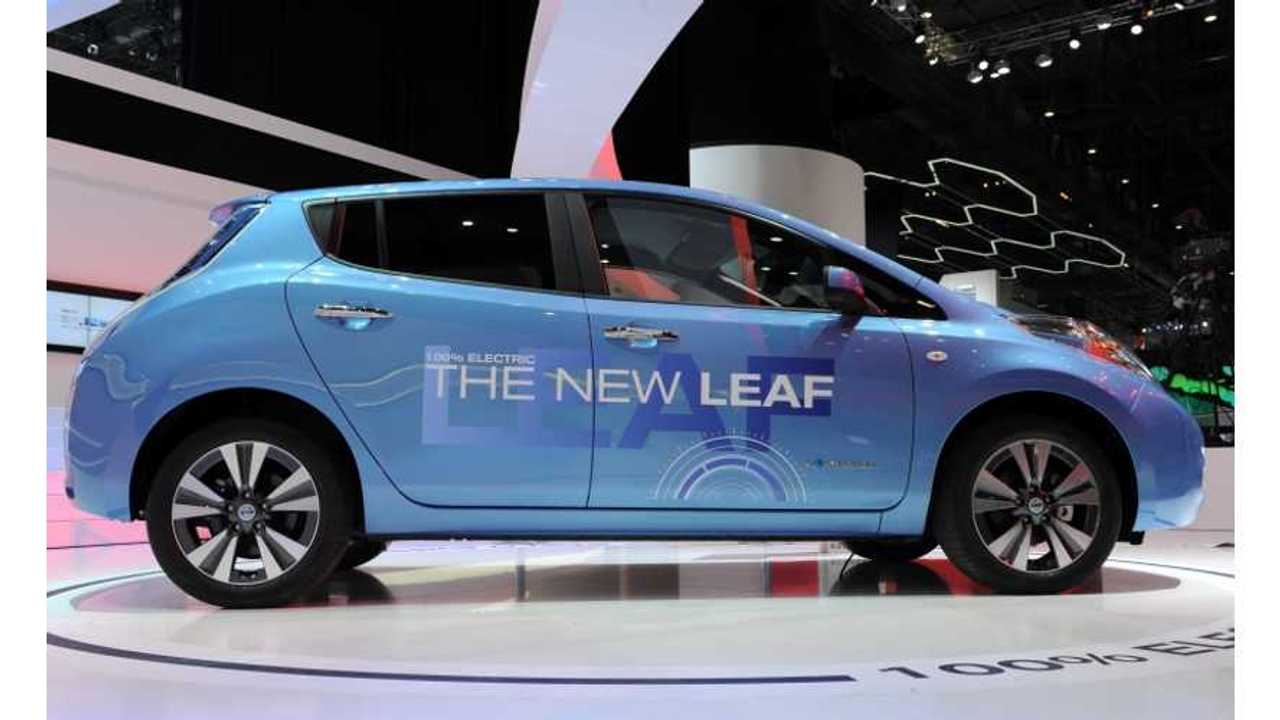 The freshened Euro-spec Nissan LEAF hit the stage at the 2013 Geneva Motor Show just moments ago.

Though not appearing radically different than today's LEAF, Nissan says some major tweaks have been applied.

Even the Rump Looks Unchanged

Specifics on the changes (over 100 apparently) made to the Euro-spec LEAF can be found in our detailed post here.

Below we've highlighted a few of the most significant modifications, as told to us by Nissan, found on the LEAF that debuted in Geneva today:

New LEAF's real-world driving range has been improved by the only visual change to the car: a subtly revised front grille helps reduce the aerodynamic drag coefficient Cd figure from an already impressive 0.29 to 0.28. The new LEAF's driving range is certified at 199km (124 Miles) under the New European Driving Cycle (NEDC), which is an increase from 175km (109 miles) in the previous model.

By moving the charger from the rear of the LEAF to under the bonnet, it has been possible to increase the luggage area by as much as 40 litres... or to put that another way, about the size of a typical airplane ‘carry-on' suitcase. Overall boot capacity has increased to a massive 370 litres.

And then there's the suspension.  Nissan supposedly tailored the Euro-spec LEAF to requests made by European consumers.  On the suspension front, this mean that Nissan firmed up the ride and made the LEAF a more-capable handler, while tightening the steering and tuning it for better road feel.

Lastly, Nissan added a base LEAF in Europe (similar to the LEAF S sold in the US), which gets the trim name of Visia and is offered for a couple thousand dollars less than the mid-level Acenta.  The loaded Tekna rounds out Nissan's LEAF lineup in Europe.