Video: McLaren P1 Caught on Stage in Geneva Ahead of Official Reveal 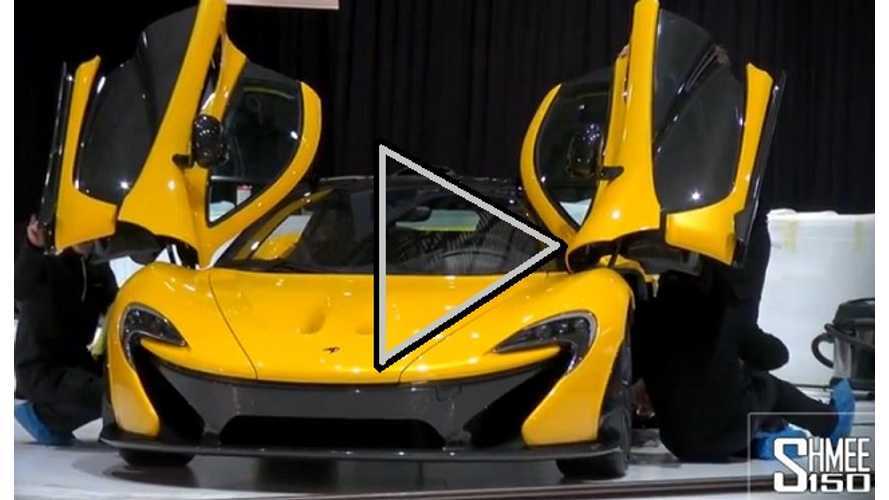 As the stunning McLaren P1 plug-in hybrid hypercar gets ready to wow at the 2013 Geneva Motor Show, we bring you video well ahead of its debut.

Thanks to You Tube user Shmee150, host of Tim's Supercar Channel, the McLaren P1 breaks cover in video before even McLaren's detailers are able to give it a complete wipe down.

It's a stunner and here again are it's mind-blowing specs: