Video: Take A Ride In The Taxi Of Tomorrow, Based On The Nissan e-NV200 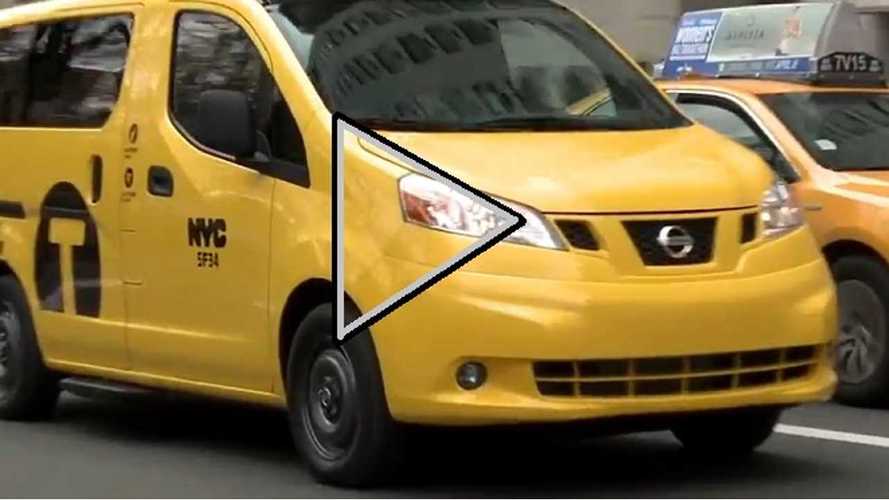 A couple years ago, Nissan won New York City's "Taxi of Tomorrow" competition, and will be supplying the city's public with a glimpse of what the future of cab rides will look like, as several (six) taxis similar in styling to the upcoming electric e-NV200s will hit the streets in the fall.

But before going into operation the NV200 had "another milestone meeting" to attend to first in Manhattan, as NYC officials gave the vehicle a final inspections of sorts. Nissan says that it's "designers, engineers and product planning experts hosted the meeting to gain more feedback that will further refine the performance and function of the Taxi."

The NV200, a purpose built taxi, a first for the city.   The van adheres to all safety and crash regulations in its final configuration, and is the first Taxi to have the safety partition built into the design, as well as retractable side step up, and an intercom system to talk to the driver,

“You feel like the space is designed for you, the passenger, as opposed to the taxis that we have today where it is kind of a thrown together feel,” said Commissioner David Yassky, New York City Taxi and Limousine Commission.

The electric version of the taxi, the e-NV200 will shortly enter production at Nissan's Barcelona, Spain production facility.  The all electric van has a 24 kWh battery and power train similar to that of the Nissan LEAF.  The NY taxis will all have quick charging capabilities (charges in under 30 minutes) and feature an electric range of about 70 miles.