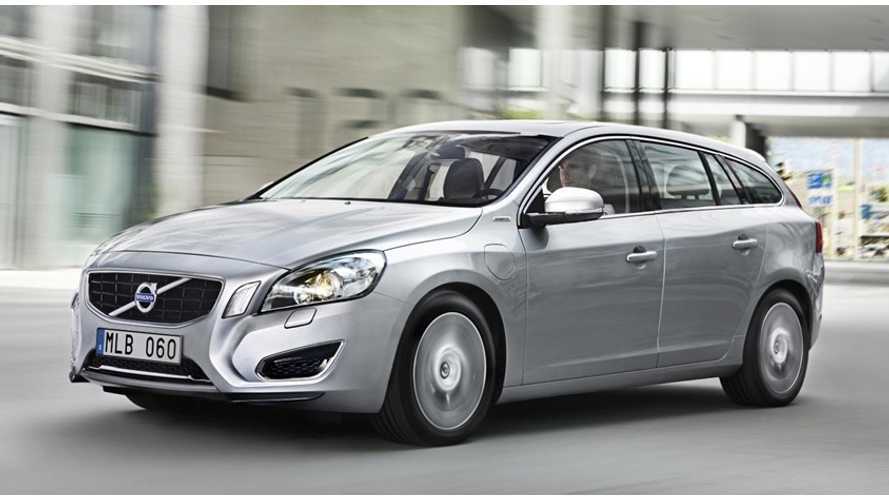 It's not often that news on the Volvo V60 Plug-In Hybrid leaks out, but this time it's pouring out.

Volvo's diesel V60 Plug-In Hybrid just qualified for the UK's £5,000 Plug-in Car Grant, which means that buyers in the UK could purchase the diesel plug-in for an after-credit price of £43,775 ($65,737 US).  Yes, that's still expensive, but the luxury-oriented V60 Plug-In is loaded and is claimed to be the world's only production diesel plug-in hybrid available today.

"The V60 Plug-in Hybrid has been a worldwide success with the initial run of 1000 cars sold out before the car reached the showrooms.  Now that we have received the UK Government’s plug-in grant I’m sure the world’s first plug-in diesel hybrid will become even more attractive to UK customers wishing to purchase leading vehicle technology."

Fitted with a five-cylinder 2.4-liter turbo diesel producing 215 horsepower and featuring a 70-hp electric motor, the capable plug-in wagon zips from 0 to 62 mph in 6.1 seconds.  Electric-only range is listed at up to 31 miles courtesy of an 11.2-kWh lithium-ion battery pack.  Torque is impressive at 472 pound-feet.  Total driving range is 560 miles.

And for the last bit of V60 news, Volvo announced that it will unveil the 2014 Model Year V60 at the Geneva Motor Show.  Changes made to the non-electrified V60 will sweep across the lineup to be included in the plug-in version when production gets underway in April.  Deliveries are scheduled to commence in July.