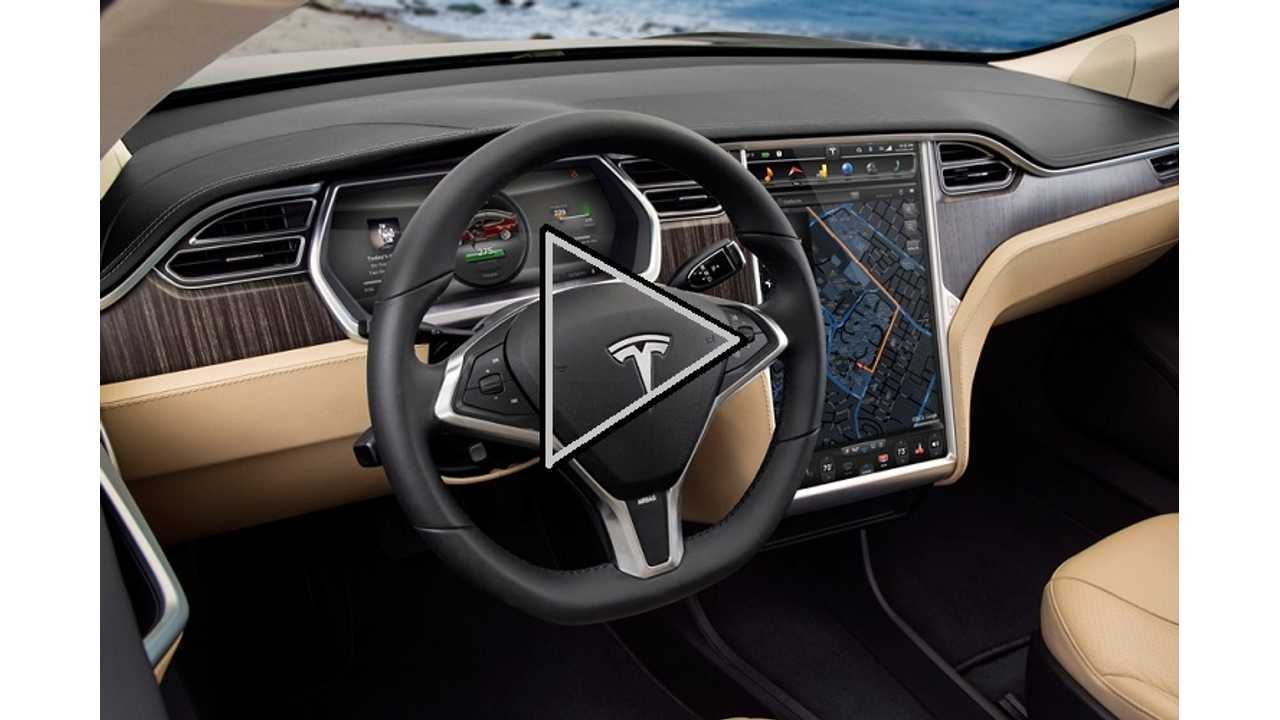 After doing a in depth interview about the past, present and future of Tesla finances and product development with Betty Liu at Bloombery, Elon Musk and the reporter to another spot for Bloomberg TV's "In The Loop" where Musk shows off what the Model S can besides drive you around all day on electricity.

Namely, play any song, ever written.  And just by using voice commands.

To illustrate the point, Musk selects a few songs off the top of his head:

After the demo (which goes off without a hitch), Ms. Liu gives it a go: No iPod, iPhone needed, as all data is transmitted and received over something called the "Internet."  According to Musk, this is a featured Tesla needs to promote more, because "this is a feature you can't do in any other car."