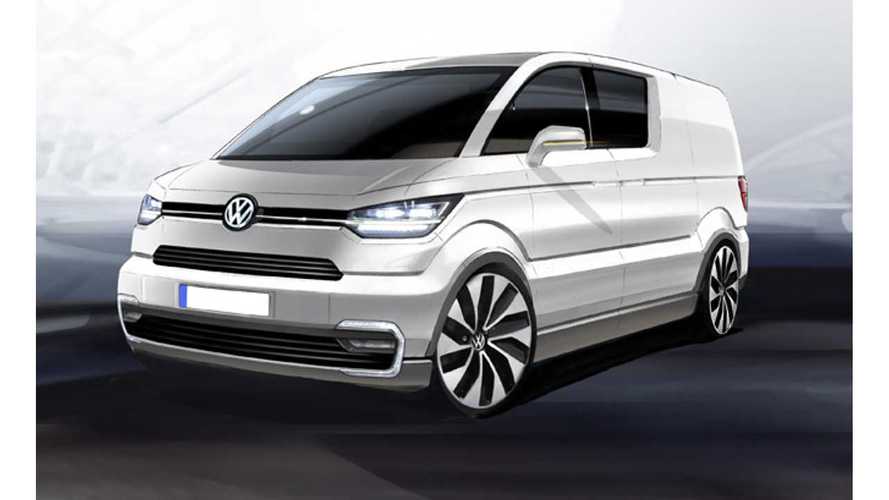 Volkswagen's van of the future is here.

Next week, at the 2013 Geneva Motor Show, VW will officially unveil its zero-emissions e-Co-Motion Concept.

Powered by electricity, the e-co-Motion is described as a futuristic, sleek van that's more compact and maneuverable than today's over-sized cargo-haulers.

VW says the e-co-Motion offers exceptional outward visibility, easy loading due to its low cargo floor and is designed with ergonomics in mind, apparently unlike some of today's transport vehicles.

Specs on the e-Co-Motion are extremely limited and we've only been able to uncover the lone image seen above.  However, we do know that the e-co-Motion has too many hyphens in its name and that it's payload capacity is 1,763 pounds.

The e-Co-Motion is pegged as a perfect transporter for Europe's commercial industry.

Look for more details to emerge on the over-hyphenated VW van when it debuts early next week in Geneva.